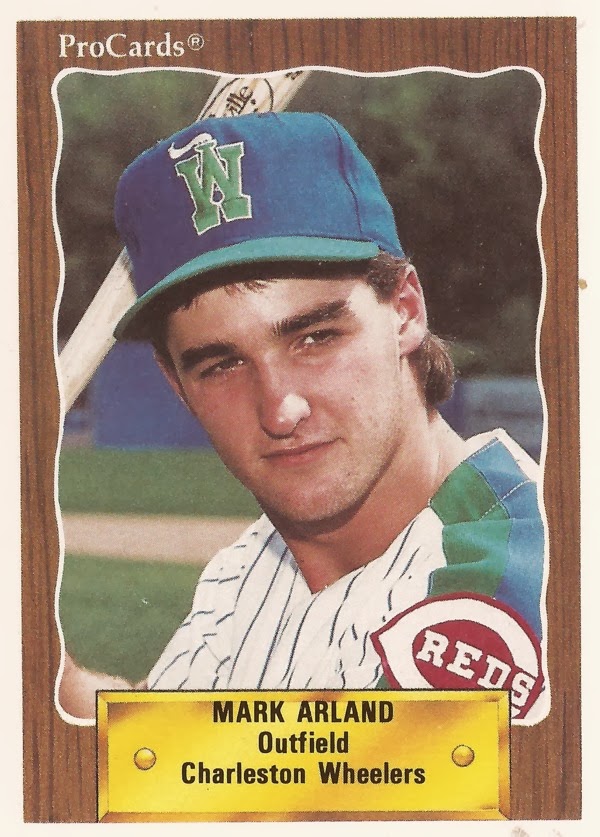 Mark Arland tried to put his pro career in perspective to his hometown Spokane Spokesman-Review.

That career had ended years earlier after just four seasons. It also ended with Arland never making AA. But things still seemed to work out, he told The Spokesman-Review in 1998.

"If I would have played pro baseball (longer)," Arland told The Spokesman-Review, "I wouldn't have met my wife, Kuray. That's one of the positives in my life."

By then, Arland was playing in the local softball leagues. He left Spokane as a high school star drafted into the pros.

Arland's professional career began in 1988, taken by the Reds in the 11th round out of Central Valley High School in Washington.

With the Reds, Arland started in the rookie Gulf Coast League. The outfielder hit just .197 in 47 games. He moved to single-A Greensboro for 1989, but hit little better. He finished with a .200 average in 76 games.

For 1990, Arland moved to single-A Charleston, but he got into just 13 games for the Wheelers. His season ended after diving for a ball and tearing up his shoulder, he told The Spokesman-Review.