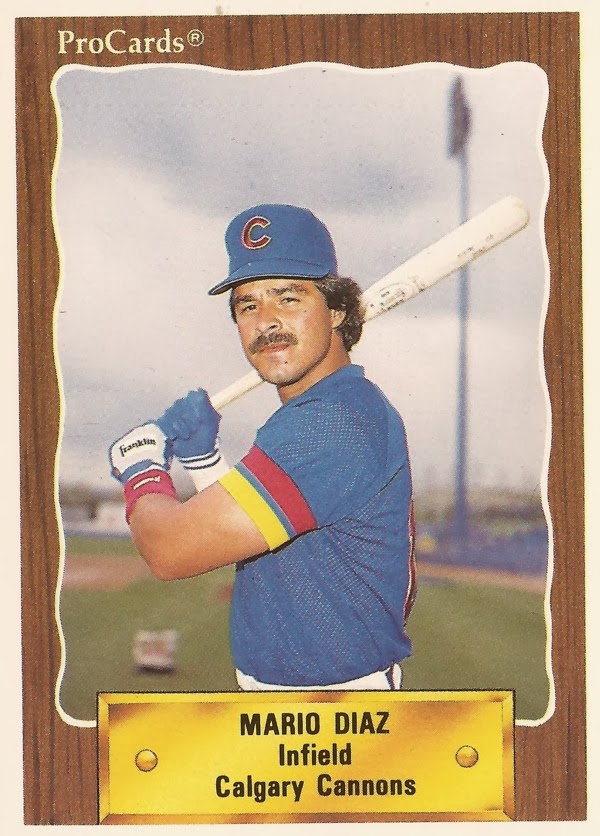 Mario Diaz helped his new club beat his old club in this May 1991 game, and he did it with a home run.

Diaz had played 11 seasons in the Mariners organization, getting major league time in three of those. With the Rangers in 1991, though, he got into a career-high 91 games.

"I was upset at not getting a chance with the Mariners," Diaz told The Seattle Times after helping beat the Mariners with that home run. "But that is over now. I did not care that the home run came against them, only that I helped our team win a game."

Diaz went on to play in a total of nine major league seasons with four different clubs. In a career that began as a 17-year-old in 1979, Diaz didn't play his last pro game until 20 years later in independent ball.

Diaz' career began as he signed with the Mariners as a teenager out of Puerto Rico. He started at short-season Bellingham, then made AA Lynn in 1981. His first regular time at AAA didn't come until 1986 at Calgary.

His major league debut then came in 1987 as a September call-up. He got into 11 games, getting seven hits in 23 at bats.

With the Marlins, Diaz found a home coming off the bench. He hit .325 in that role in 1994, according to The South-Florida Sun-Sentinel. Teammate Steve Decker looked to Diaz for help.

"He came off the bench and swung the bat like an All-Star," Decker told The Sun-Sentinel in April 1995. "People who sit in the stands don't know how hard that is, sitting on the bench for five days, then hitting like that. You take batting practice, but you don't see hard spinners (breaking pitches) or changeups. Yet Diaz gets in there and makes it look easy."