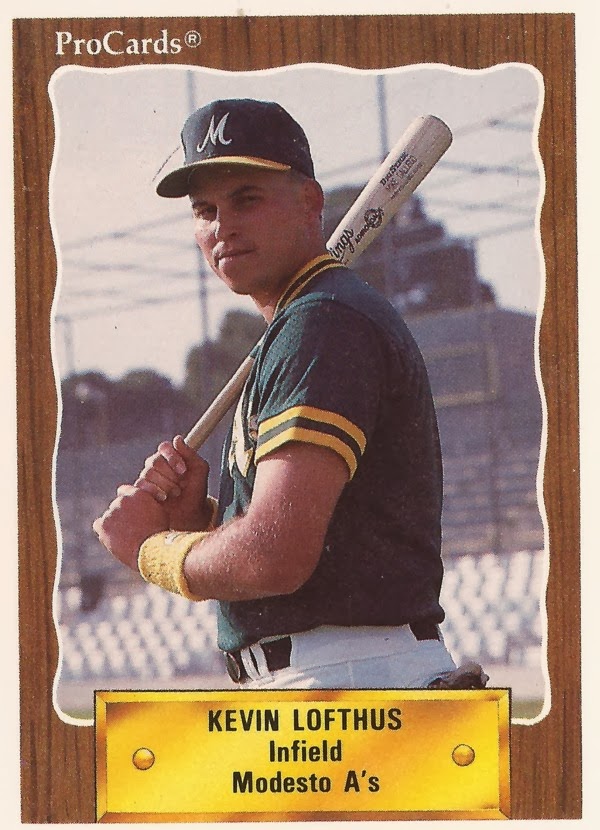 Kevin Lofthus gained national attention for his hitting at UNLV. He knocked 26 home runs to lead the nation. He made the Sporting News All-America team as a designated hitter.

With that kind of show, Lofthus told his school paper The Rebel Yell he was looking forward to that June's draft.

"I know if I'm given the opportunity I will produce," Lofthus told The Rebel Yell that April. "'I've been able to adjust everywhere else so there should be no reason why I can't turn it over to the professional game."

Lofthus had to adjust because a cyst that developed in his left wrist prevented him from fielding properly. It was too painful. The top college hitter went late in the draft. He also got just 31 games in the pros.

Lofthus ended up being taken by the Athletics in the 47th round of that June's draft out of UNLV. He went to UNLV out of the College of Southern Idaho.

At Southern Idaho in May 1986, Lofthus knocked three home runs in a National Junior College World Series game. He soon moved to UNLV and continued hitting.

Lofthus had a 34-game hitting streak for the Rebels in 1989. That same season, he knocked those 26 home runs. In his two full seasons, he hit 44, including another three in a April 1987 game and in a May 1989 game, according to the UNLV record book.

But there was also the cyst. Lofthus had it removed after it appeared, but it came back, according to The Los Angeles Times. There were plans to try again after his first pro season.

"It hurts to swing in the follow-through, especially when you miss," Lofthus told The Times after joining the Athletics in June. "When you hit it good, it's fine."

Lofthus, though, never did hit it good as a pro. He got into eight games in the rookie Arizona League, getting nine hits in 31 at bats for a .290 average. He hit just one home run.