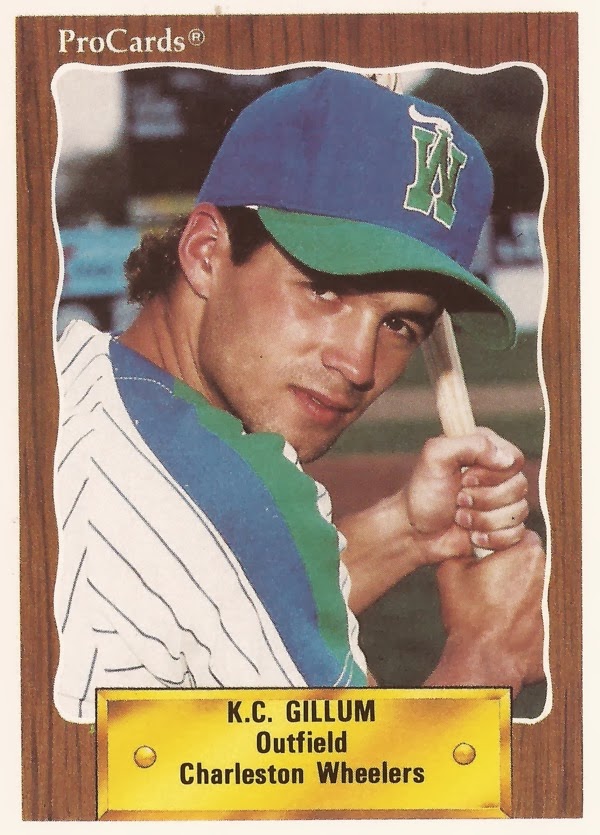 In the middle of a hitting drill with coach Jose Cardenal in spring 1990, Reds minor leaguer K.C. Gillum swung. But the ball didn't go where he wanted it to go.

It went directly at Cardenal, who was standing just feet away tossing Gillum balls, according to The Chicago Tribune. The hit off Gillum's bat found Cardenal, right in the back of his head. The ball smashed Cardenal's skull, putting him in intensive care for three days.

"Nobody will have that drill anymore, unless there is a net in front of the coach," Cardenal told The Tribune a month later. "Somebody asked the kid: 'Why did you swing at the ball and pull it?' He said he got tied up inside and didn't know what to do. But I don't blame the kid."

Gillum was going into his third professional season that year, a year in which he would show off his skills at hitting with a 27-game hitting streak. Gillum, though, would never get to show off his hitting skills in the majors. He played six seasons, only making it to AA.

Gillum's pro career began in 1988, taken by the Reds in the fifth round of the draft, out of Westerville North High School in Ohio.

With the Reds, Gillum started in the rookie Gulf Coast League, hitting .242 over 49 games. For 1989, Gillum moved to rookie Billings, getting into 28 games there and hitting .225.

In July 1989, Sports Illustrated visited Billings and Gillum. In the first-person piece, where the writer visits with his family, the 19-year-old Gillum was called by a teammate a "rebel" for not wearing a collared shirt to an autograph signing.

Later, the SI writer's son spots Gillum at the ballpark, asking him about a can of tobacco in his back right pocket. "Always slide on my left side," the SI writer quotes Gillum as responding.

For 1990, Gillum returned to Billings, getting 57 games there, as well as 18 at single-A Charleston and four at single-A Cedar Rapids. At Billings, Gillum turned in a .356 batting average, hitting in 27-straight games along the way.

Gillum played 1991 largely at Cedar Rapids, his average dropping to .246. He also got 12 games at AA Chattanooga. He then played 1992 completely at Charleston, making the South Atlantic League All-Star Game. In that game, Gillum picked up a hit, tying the game.