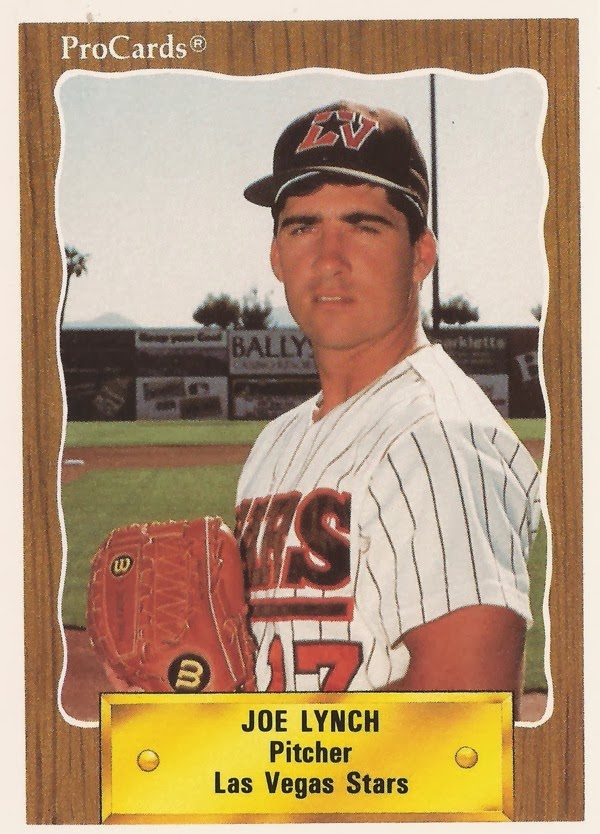 The Wichita Pilots clinched the 1987 Texas League championship and Joe Lynch helped get them there.

He did so by coming into the deciding game and shutting down opposing Jackson for an inning in extras, picking up the win.

Lynch was in his third season as a pro, his first full season at AA. He would go from that championship win in 1987 to AAA Las Vegas in 1988.

Lynch, though, would never get the opportunity to pick up a win in the majors, his career ending after six seasons.

Lynch's career began in 1985, taken by the Padres in the 21st round of the draft out of William Paterson University of New Jersey.

At short-season Spokane that year, Lynch went 4-2 in 32 appearances in relief. He also picked up 12 saves. He also had a 1.28 ERA. In July, Lynch went three innings in relief, without giving up a run.

Lynch continued with Las Vegas in 1989 and 1990, his ERA both years topping five. He picked up four saves in 1989 and just two in 1990. Lynch's career ended that year, without getting a call up to San Diego.