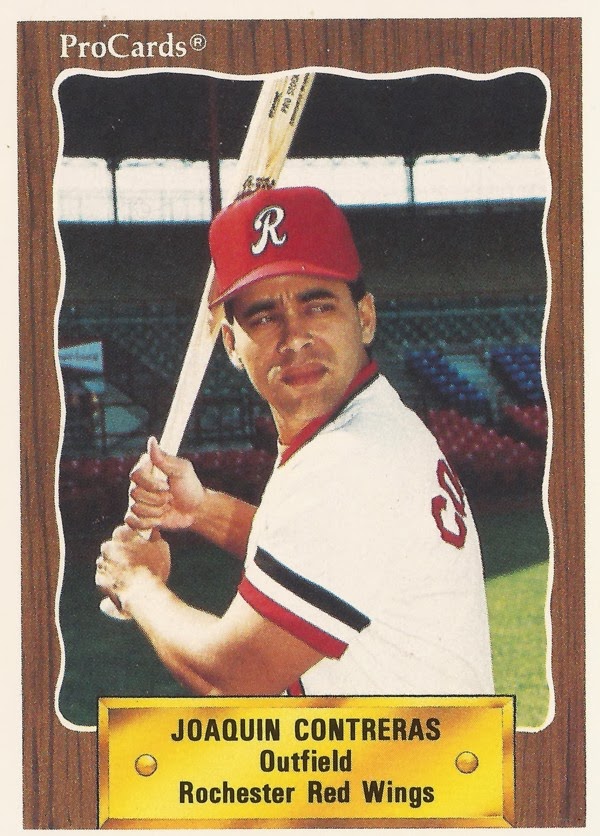 Joaquin Contreras was disappointed with his average, so he had his brother help him out.

With his brother Paco Contreras' help that year in 1982, the high schooler won All-County honors, The Miami News wrote.

"I was standing too close to the plate and was holding the bat too close to my head," Joaquin Contereas told The News that April. "It's too bad I went to him so late because I probably would have had a better season had I gone earlier."

It turned out Contreras had a good enough season to go on to play in college and in the pros. His pro career ended up lasting seven seasons, Contreras making AAA. But Contreras never made the majors.

Contreras' pro career began in 1985, taken by the Mets in the fourth round of the secondary phase of the June draft out of Miami-Dade College. He played his high school ball at Southwest High School in Miami.

For Miami-Dade in March 1985, Contreras picked up four hits in a game and knocked in four.

With the Mets, Contreras played his first year between short-season Little Falls and single-A Columbia. He hit .248, with six home runs.

He returned to Columbia for 1986, also playing that year at single-A Lynchburg. He played well  enough at Columbia to make the South Atlantic League All-Star team. He also got time at AA Jackson. Between the three teams, he hit .315.

Contreras played all of 1987 at Jackson, hitting .307. He then got a look at AAA Tidewater for 1988, returning to Tidewater for all of 1989. He hit a grand slam in a May victory. He then knocked in the winning run the next night.

"After last night, you go up to the plate with a little bit of a different feeling," Contreras told The Newport News Daily Press after that second game. "It's not being cocky, it's just a feeling of confidence that you can get the big hit when it's needed."