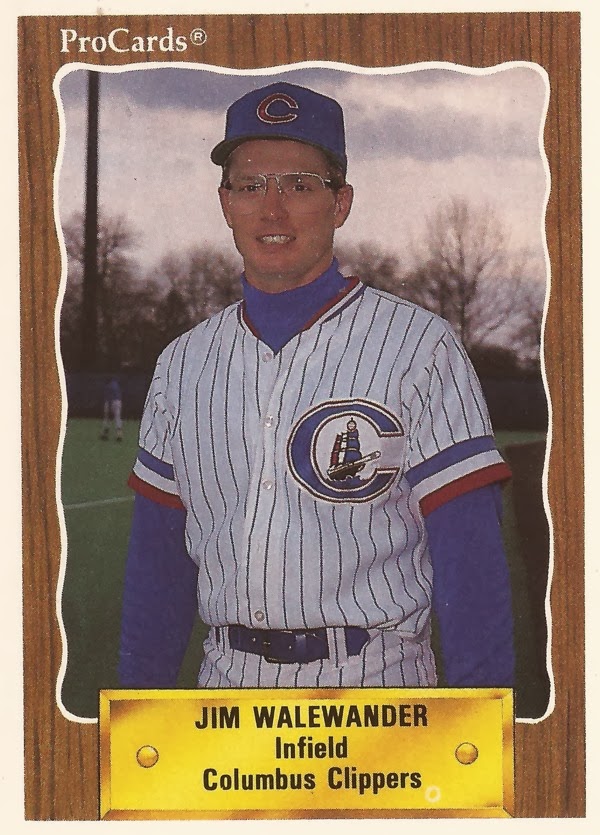 It was one thing that made him memorable. But, looking back, Jim Walewander wasn't sure it was the best thing for his career.

Playing for the Tigers in 1987, Walewander gave an unusual band as his favorite, the punk rock band the Dead Milkmen. The band soon visited Tiger Stadium, on the day of his only home run.

But he the moniker stuck. Walewander was that player who liked that band. It even made one of his baseball cards.

"I think it worked against me in Detroit because I was never respected as a baseball player," Walewander told The New York Times in spring 1991 as he fought for a spot on the Yankees. "I'm very proud of the way I play baseball."

Walewander had played professional baseball since 1983, taken by the Tigers in the ninth round of the draft. He would continue through 1994, playing parts of four seasons in the majors.

Walewander started his career with rookie league Bristol, hitting .319 and four home runs on the year. He made AA Birmingham in 1985 then AAA Toledo and then Detroit in 1987.

It was soon after that Walewander became associated with the punk rock band. He announced that the Dead Milkmen were his favorite. They were in town soon afterward and Walewander invited them to Tiger Stadium. That also happened to be the day Walewander would hit the only major league home run of his career.

But his personality was becoming the story as much as his play on the field. When asked later what he would do with the home run ball, Walewander responded he'd put it in his glove compartment with the one from his first hit. "When I get enough balls to fill the glove compartment, I'll buy a new car," Walewander said, according to an Orlando Sentinel account.

Regarding the band, Walewander was asked if they gave him inspiration. Walewander responded that they didn't, what they gave him was a T-shirt, according to the account. Then the question was his goals: Be on the Bozo the Clown Show. He'd been on as a kid "but I never got the bean bag in the third hole."

It was enough to give Walewander the prefix "free spirit."

Walewander played 1989 at AAA Toledo, joining the Yankees system for 1990. He would return to the majors that year, but for just nine games. He played the rest of the year at AAA Columbus.

"They can count on me to play any of the infield positions and to possibly run for them in the late innings," Walewander told The Times. "I've been up and down since 1987. Too many guys get sent down and buried in the minors. I could have some value to them."

The Times later chronicled the other stories about Walewander, that he didn't own a television and painted the only one he'd owned. He also enjoyed combat boots and leather jackets. His future wife also initially believed he was a hot dog vendor. He showed his baseball card as ID.

Then there was his number, he'd supposedly asked for No. 3, then learned it had been retired. That was Babe Ruth's number.

Walewander wouldn't make the Yankees that year. But he would make it back to the majors in a fourth season. In 1993, Walewander played 12 games with the Angels and his major league career was done. He held on one more year in the minors and his playing career was done.

He went on to see his own number retired in 2008, by his old high school, Chicago's Maine South.