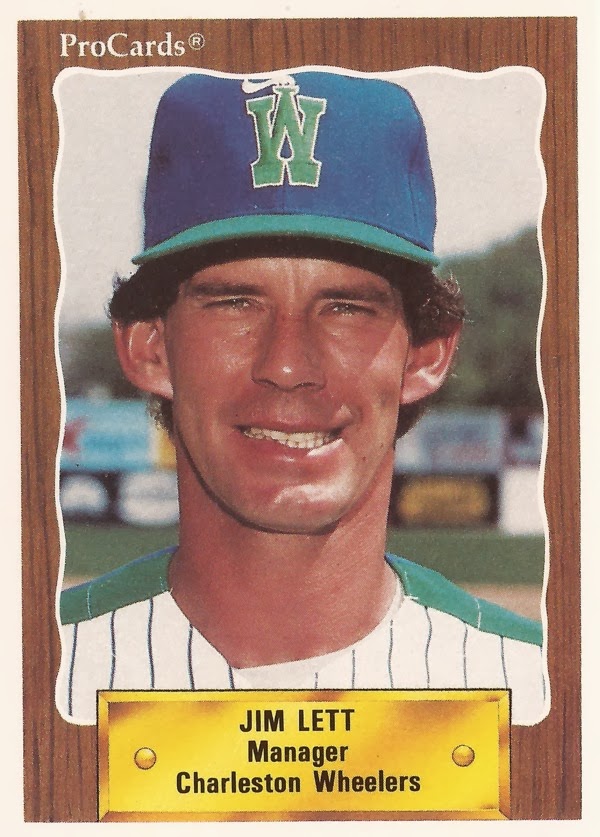 Jim Lett was announced as bench coach with the Pirates for 2006. Pirates manager Jim Tracy was happy to have him.

Lett joined the Pirates after spending three decades in the game, as a player, coach and minor league manager.

"He's a very special well kept secret," Tracy told The Pittsburgh Post-Gazette. "He creates a tremendous amount of versatility for this staff. He's a real chip. There's not a job he can't do."

Lett's first job in baseball was as a player. He was signed by the Reds in 1973 out of the University of Kentucky. At Kentucky, Lett played both football and baseball.

With the Reds, Lett played three seasons. He made single-A Tampa his first season, then AA Trois-Rivieres. He hit .257 at AA, getting a hit-and-run single in a June game.

In 1986, Lett got his first shot at the majors, as bench coach in Cincinnati. He stayed there for four seasons. In 1990, he returned to the minors, managing single-A Charleston. In July 1990, Lett's Wheelers picked up a 13-1 win.

"We got a few seeing-eye hits," Lett told The Charleston News and Courier after that game. "But the kids played aggressively and made things happen. That's all you can ask of them."

He spent two years as bench coach in Pittsburgh. In 2010, he moved to the Nationals as bullpen coach. He stayed with Washington through 2013.

With the Nationals, Lett was the guy who got pitchers up in the bullpen. In June 2011, it was Lett who got Ryan Matthaus up for his major league debut.