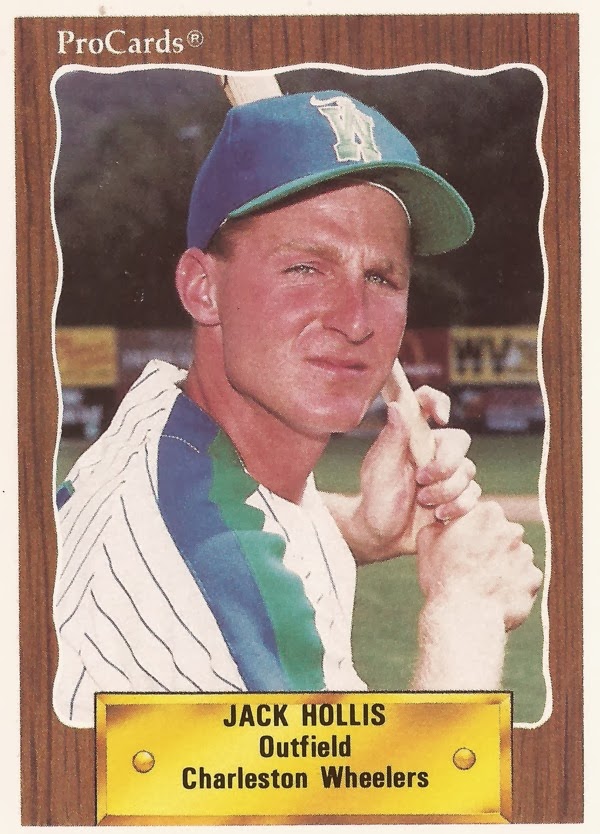 On that throw, he tore up his shoulder. He wasn't the same. He also went in a new direction.

"Once I got hurt, my best was going to be AAA or AA ball," Hollis recalled years later to an industry Web site. "So I used my degree from Stanford to go into the business world."

Hollis spoke in 2007 to Automotive News. He used that Stanford degree go into the car business. And he's using it still as vice president and general manager at Toyota Scion.

Hollis' brief career in baseball began in 1989, taken by the Reds in the 25 round of the draft, out of Stanford University. Hollis is also known as Jackson Hollis.

In 1988, Hollis helped the Cardinal to the College World Series championship. In late-May, he helped seal a win by scoring an insurance run.

With the Reds, Hollis played his first season between the rookie Gulf Coast League and rookie Billings. The outfielder hit .297 between them, getting into 48 games. He also hit two home runs and knocked in 23.

He picked up a home run in a late-July contest with Cedar Rapids. He then knocked a two-run double in a late-August game. Soon, though, his baseball career was over.

"With a roomful of athletes, it always gets me excited to talk about the future," Hollis said, according to OurGrizzlies.com. "Companies like Scion want to hire student-athletes, who understand there is a balance between the athletic world and the education world."
1990 Minor League Tally
Players/Coaches Featured:1,504
Made the Majors: 747 - 49.7%
Never Made Majors: 757-50.3%-X
5+ Seasons in the Majors: 325
10+ Seasons in the Minors: 193
Posted by Steve78 at 1:00 PM