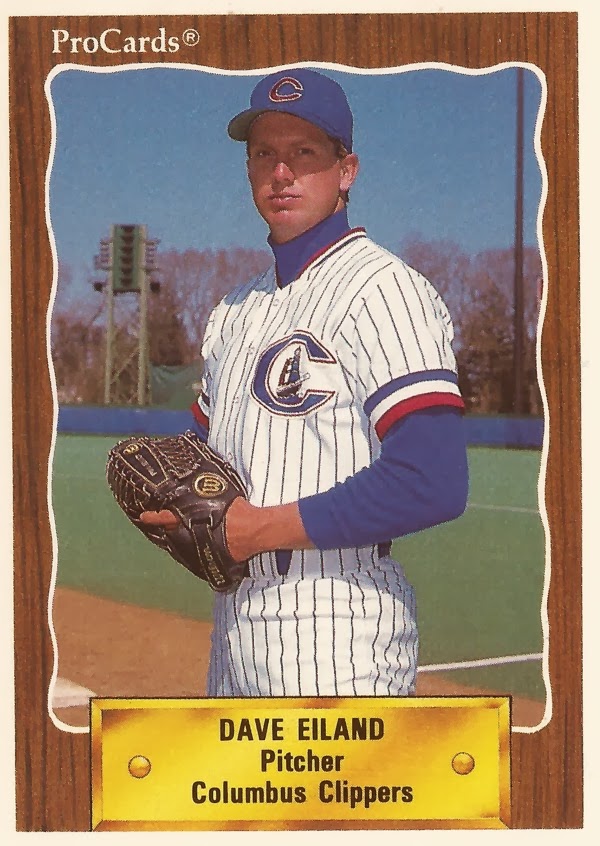 Dave Eiland was in a forgiving mood, especially after seeing the Yankees bullpen fail to hold what would have been his first major league win.

"It's happened to me before," Eiland told The New York Times. "That could have been me out there. It's part of the game. It happens."

Eiland went on to see time in 10 major league seasons, starting 70 big league games. But wins would be at a premium, he would only pick up 12.

Eiland, though, would go on to oversee many more wins, as pitching coach for the team that first brought him to the majors, the Yankees. Eiland's three season stint there also included overseeing a world title.

Eiland's career began in 1987, taken by the Yankees in the seventh round out of the University of Florida. He split that first year between short-season Oneonta and single-A Fort Lauderdale.

In his second season, Eiland hit AA Albany, AAA Columbus and got that first start in the Bronx. With the Yankees that year, Eiland got three starts and no decisions. His second and third starts were less successful, totaling 5.2 innings and eight runs given up.

Eiland returned for six more starts in 1989, getting his first win against three losses. Eiland got five starts in 1990, going 1-2. That September, Eiland got another hard-luck no decision, throwing 8.1 innings of shutout ball. The Yankees, though, couldn't score either.

''You can't pitch any better than he pitched,'' Yankee manager Stump Merrill told The Times after that September 1990 outing.

Eiland got seven starts for the Padres that year, going 0-2, with a 5.67 ERA. He also got one home run, in is first major league at bat that April. "I couldn't believe it," Eiland told reporters of the home run. "Strange things happen."

Nine more starts for the Padres in 1993 and Eiland was back to the minors until 1995. That year, back with the Yankees, Eiland got a single start and three relief appearances.

Then came two more seasons back in the minors. In 1998, Eiland returned to the majors, in a single start for Tampa Bay. That he didn't get more opportunities that year, upset Eiland, according to The Orlando Sentinel. He went 13-5 at AAA Durham with a 2.99 ERA.

"I think I've been labeled by some people,'' Eiland told The Sentinel. "You reach a certain age and everyone thinks you stop improving and you can't do the job."

Eiland, though, didn't do well in that one start, giving up six earned runs in 2.2 innings. It also came against the Yankees. In 1999 Eiland got more time, 15 starts, the most of his major league career.

Going into that year, Eiland also got some screen time, serving as a pitching double for Kevin Costner in the movie For the Love of the Game, The Sentinel wrote.

Eiland's post-playing career began by 2003, back with the Yankees. He coached that year in the Gulf Coast League, moving to short-season Staten Island for 2004. He hit AA Trenton in 2005, AAA Scranton in 2007 and arrived back in the Bronx in 2008.

Eiland stayed through 2010, when he was dismissed. For 2012, Eiland signed on with the Royals as pitching coach. He continues in that position in 2014.

"He is an extremely talented pitching coach and a proven winner," Royals GM Dayton Moore told The Associated Press after hiring Eiland. "Ned and our entire baseball operations staff have strong convictions about Dave's ability to make a positive difference with our pitching staff."
Posted by Steve78 at 12:00 PM