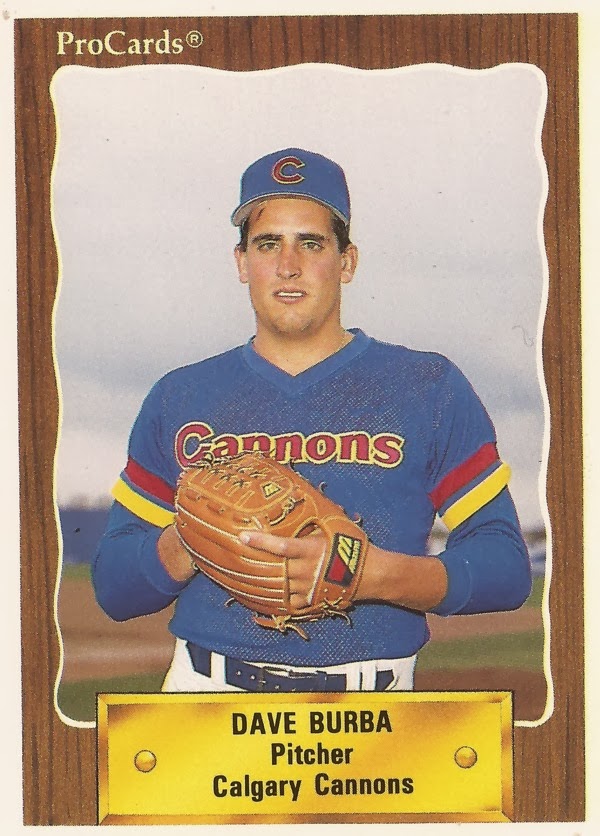 It was Burba's second season with time in the majors and his manager Jim Levebvre saw Burba coming back for more, according to The Associated Press.

Burba did have a bright future, a future that saw him pitch in 13 more big league seasons. He also went on to hit double digits in wins in eight total seasons, hitting 16 wins in 2000 for the Indians.

Burba's career began in 1987, taken by the Mariners in the second round, out of Ohio State.

Burba played his first year between short-season Bellingham and single-A Salinas. He made AA Williamsport in 1989, then AAA Calgary in 1990. In September 1990, Burba made Seattle.

In six relief outings for the Mariners that September, Burba got into eight innings, giving up four earned runs. He returned for another 22 outings, two starts in 1991, ending with a 3.68 ERA.

Burba arrived with the Giants for 1992 in a five-player trade, getting 23 outings with the Giants that year and 54 outings the next. In 1993, Burba was used largely in relief, but he also got his first 10-win season.

Burba started off 1993 with a start, giving up four hits and a run over six innings in an April game against the Marlins. He also did that just two days after a long bullpen outing, his manager Dusty Baker noted to The AP.

"He threw 94 pitches on two days rest after throwing 52 pitches out of the bullpen," Baker told The AP. "It's great to have someone like Burba on the team."

While it was a good start, Burba didn't become a full-time starter until 1995, when he was picked up mid-season by the Reds. With Cincinnati, Burba began 5-0.

Burba picked up his 15th win in 1999 against the Tigers, giving up one run in eight innings of work.

"I got by with my fastball, just locating it.," Burba told reporters afterward. "I'm not overpowering."

Burba continued playing in the majors through 2004, staying with Cleveland into 2002. By the time his career was over, after time in 15 big league seasons, he'd amassed 115 total wins in 234 starts and 511 total appearances.

Burba has gone on to a career coaching in the minors. For 2014 he is serving as pitching coach for the high-A Modesto Nuts of the California League.