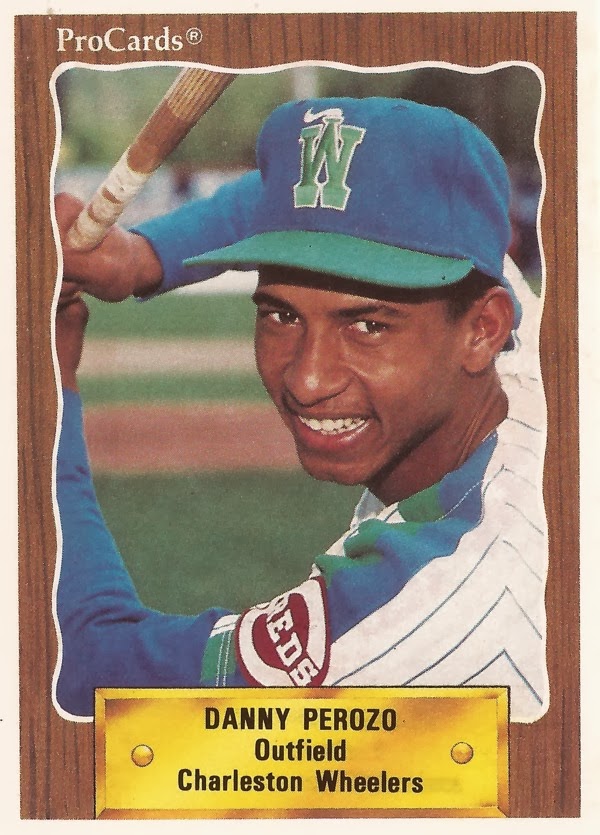 The Billings Mustangs needed a base runner and Danny Perozo delivered.

In the top of the 12th inning, Perozo dropped a single into right. A Salt Lake error and another single later and Perozo came around for what turned out to be the winning run, according to The Deseret News.

Perozo was playing rookie ball in his second professional season that year at the age of 18. The Dominican native also made it to single-A in 1989. He ended up playing two more seasons, but he never made it higher.

Perozo's career began in 1987, signed by the Reds as a 17-year-old free agent out of the Dominican Republic.

Perozo started in the rookie Gulf Coast League. He hit .254 there in 50 games. He also knocked in 29. He drove in two of those runs in a July game.

At Greensboro, Perozo hit .255 and knocked in 10. One of those RBI came on a May single. By August, Perozo was back in Billings, using another single to knock in another run.

Perozo returned to the South Atlantic League in 1990 with Charleston. He hit .279 in 106 games. In a July contest, Perozo singled in a run and then scored.