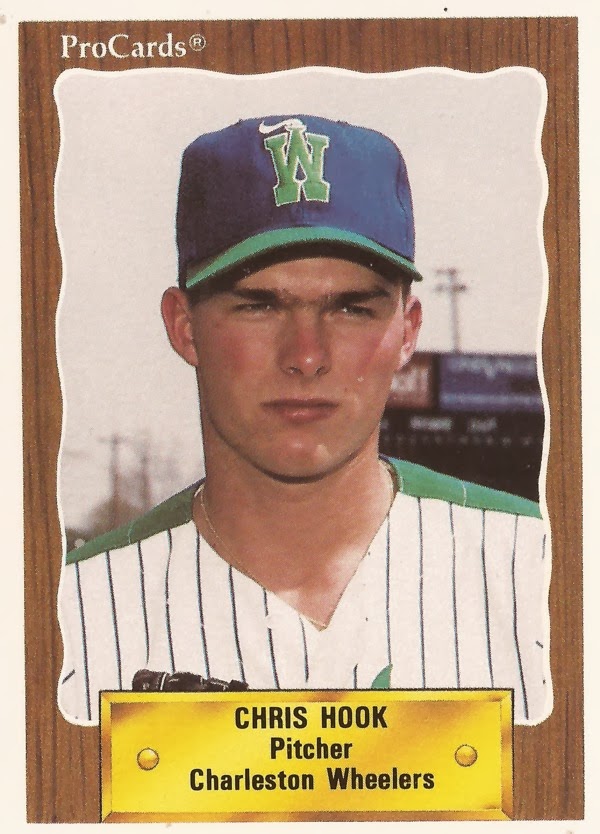 Chris Hook made the majors in parts of two seasons as a relief pitcher, then he lost his command, The Huntsville Times wrote years later.

From that experience, though, came a career as a minor league coach and as an youth instructor. When pitchers had trouble, he'd been there himself.

"I can always look back and draw experience because I didn't always have success," Hook told The Times in 2008 as he served as pitching coach with the AA Huntsville Stars. "I had some success at the pro level, but I had a lot of failures in my career, too. I think that has helped me in my coaching career."

In all, Hook played more than a decade as a pro, getting a total of 55 outings with the Giants in 1995 and 1996. He then went on to be a coach in college and the minors, and start his own training center.

Hook's pro career began in 1989, signed by the Reds as an amateur free agent out of Northern Kentucky University.

Hook made AA Chattanooga in 1993. He moved to the Giants for 1994 in a trade and played at AAA Phoenix. In late-April 1995, he debuted in San Francisco.

He picked up his first major league win in his second outing, a one-out, 15th-inning stint against the Dodgers. In all, Hook got into 45 games for the Giants that year, posting a 5.50 ERA.

Hook moved to the Padres for 1997, but played at AAA Las Vegas. He went 0-7 in 19 outings. He started by giving up eight earned in 3.2 innings. By mid-year, he was with the Angels at AA Midland.

Hook played one more season in affiliated ball and then ended his career in 1999 with independent Lehigh Valley and Somerset.

Toward the end of his career, he started a Web site that hoped to have minor leaguers tell their story and fans could follow their careers. He also served as pitching coach at Western Kentucky University. He also started At The Yard Baseball Training Center in his hometown of Florence, Ky.

In 2003, Hook also became a coach with the independent Florence Freedom. Four years later, he moved on to affiliated ball, taking a minor league coaching job with the Brewers. He continues in that role for 2014, serving as pitching coach at AA Huntsville.

At single-A Wisconsin in 2011, Hook worked with young Brewers minor leguer Matt Miller as Miller came back from a strained muscle. Miller lost a July game, but Hook saw progress, according to Baseball America.