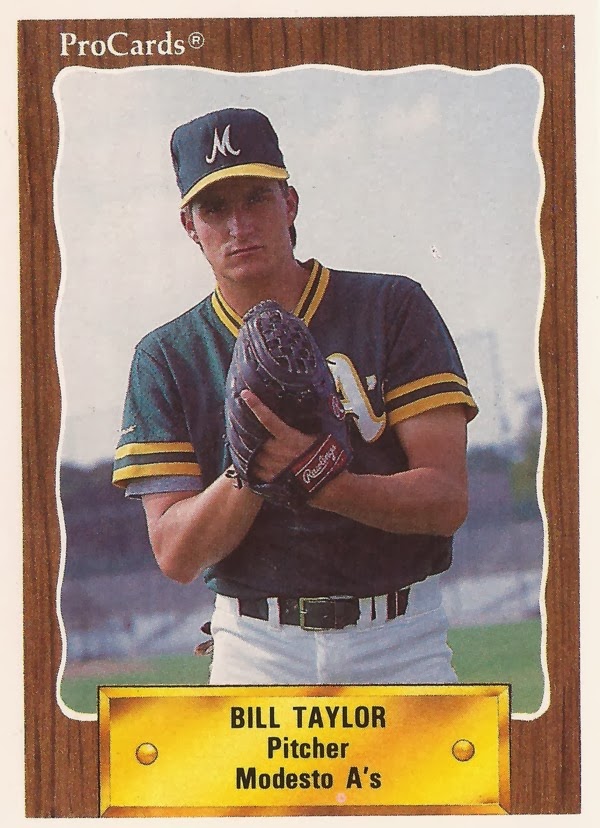 Handed a 2-0 lead in the eighth Bill Taylor held it.

Taylor finished out that game for the single-A Madison Muskies in August 1990, giving up two hits and no runs for his second save of the year, according to The Madison Capital Times.

Taylor was in his third season as a pro that year. It was also his last. Taylor made AA briefly, but he never made it higher.

Taylor's career began in 1988, signed by the Athletics as an undrafted free agent out of Eastern Illinois University. He is also known by his formal name, William Taylor.

At Eastern Illinois, Taylor picked up eight wins in 1988, still tied for seventh all-time at the school. He also won conference Pitcher of the Year honors that year, as well as first-team all-conference, according to the school's record book.

With the Athletics, Taylor started in the rookie Arizona League. He went 2-4, with four saves in 17 outings, two starts.

Taylor moved up to three levels in 1989, getting 49 outings in all. He got nine outings at single-A Modesto and 35 at Madison, combining for a sub-3 ERA between them. He picked up a relief win in a May game for Madison, then a one-out save in June.

That year he also got five outings at AA Huntsville. In 7.1 innings there, he gave up 13 earned.