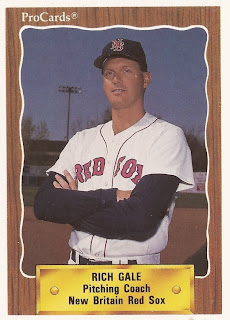 It was his rookie season in 1978 and Rich Gale had just thrown a complete-game shutout, against the Boston Red Sox.