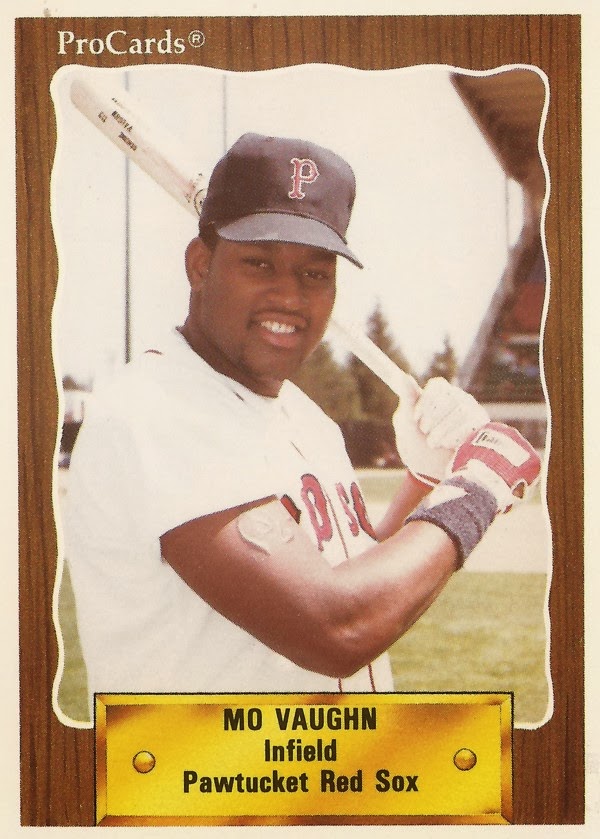 Mo Vaughn helped his Red Sox in May 1995 with his power and with luck.

After a two-home run effort one day, Vaughn came back by hitting a bases-loaded bloop single the next day.

"If you know what's coming you can hit the ball for miles," Vaughn told The Boston Globe afterward. "But you've got to be able to flip and hit changeups and breaking balls. So I was happy with today."

Vaughn ended up helping Boston to the playoffs that year by hitting a total of 39 home runs, a league-leading 126 RBI and a .300 batting average. He also helped himself to the American League Most Valuable Player award.

He also made the All-Star team for the first time that year, getting there two more times before his career was done.

According to allegations in the 2007 Mitchell Report, though, at least some of those numbers may not have been natural, or at least his efforts to get back on the field after injury.

Vaughn's career began in 1989, taken by the Red Sox in the first round of the draft, out of Seton Hall University in New Jersey.

With the Red Sox, Vaughn started at AA New Britain, moving to AAA Pawtucket in 1990. He then debuted in Boston in June 1991.

He hit his stride in 1994. He hit 21 home runs by the All-Star break. He didn't make the All-Star team, but he did get honored by a group of inner-city Boston children for his community work. He also hit .310 in the strike-shortened year.

Then came his MVP season of 1995. Award in-hand, Vaughn signed a new contract the next spring, making him the highest-paid Red Sox to that point. And Vaughn looked to improve.

"I'm just 28. There's no way that I've mastered this game at all," Vaughn told The Associated Press after signing the deal. "So I'm going to learn some more things in the next three years that's going to make me better."

"My career is over," Vaughn told a Boston-area gathering in January 2004, according to The Boston Globe. "I have an injury no doctor can fix, but I have no regrets."

According to the Mitchell Report, Vaughn turned to someone other than a doctor to heal another injury, an ankle injury in 2001. Kirk Radomski told baseball investigators Vaughn purchased human growth hormone twice that year, providing cancelled checks to back up his claim. Vaughn didn't agree to be interviewed himself by investigators.
1990 Minor League Tally
Players/Coaches Featured:1,481
Made the Majors: 745 - 50.3%-X
Never Made Majors: 736-49.7%
5+ Seasons in the Majors: 325-X
10+ Seasons in the Minors: 192
Posted by Steve78 at 9:00 PM