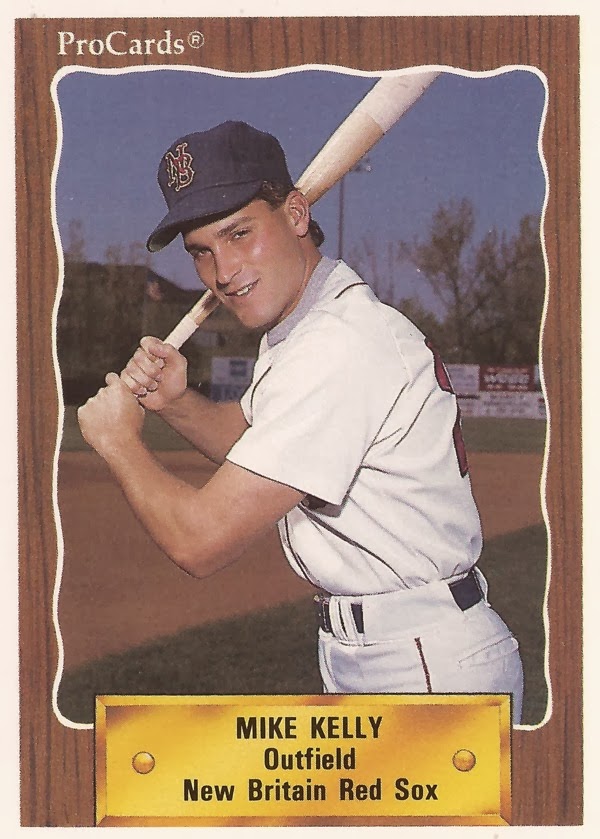 Mike Kelly had a successful run at the University of South Florida in 1987.

He hit .395 that year, scoring 58 and knocking in 66. It was all enough for Kelly to earn conference Player of the Year honors.

It was also enough for Kelly to be taken in the ninth round of that year's draft. But it wasn't enough for a long pro career. Kelly played four seasons, making AA, but never making the majors.

Kelly's pro career began that year in 1987 with his selection by the Red Sox, taken out of South Florida.

For 1989, Kelly moved to single-A Lynchburg and AA New Britain, splitting his time between the two. At Lynchburg in June, Kelly helped break open a game in extras with a bases-clearing double. He hit .279 on the year.