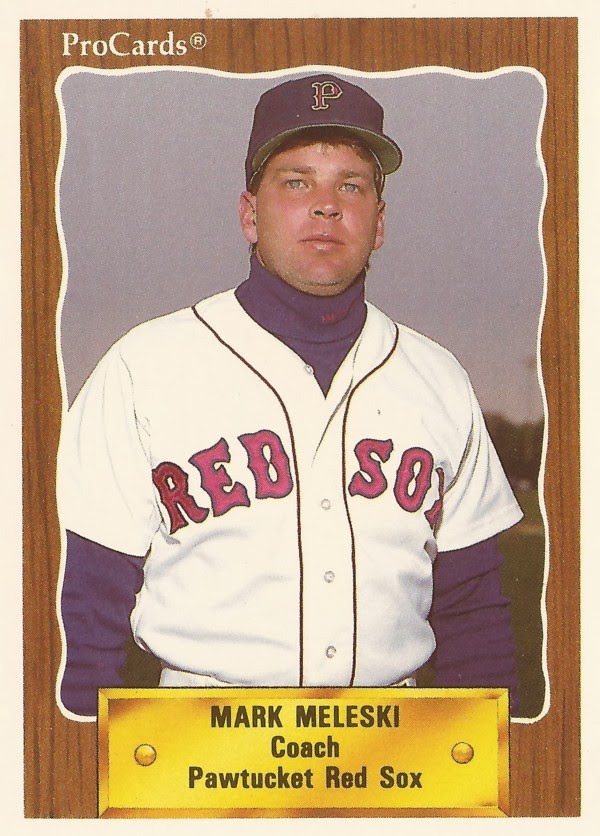 Mark Meleski's Lakeland Tigers had lost the 1999 home opener, 9-7, but they showed some promise.

The L-Tigers scored one in the eighth and three more in the ninth to close the gap, but it wasn't enough to win, The Lakeland Ledger wrote.

"All I know is that I'm 0-for-3 in season openers as the Lakeland manager," Meleski told The Ledger after the game. "I was really pleased, however, with the way we swung the bats so well against one of their top prospects and battled back at the end."

He lost his first home opener in 1997, but went on to take his team to within a half game of the playoffs, with Meleski winning league Manager of the Year honors. Meleski's teams, though, couldn't battle back his other two seasons there.

Meleski's season openers in Lakeland were part of a career as a player, coach and manager that saw many season openers. Those season openers, though all came in the minors, with Meleski never playing or coaching in the majors.

His coaching days came after a six-season career as a player in the Red Sox organization. Coming out of the University of Virginia, Meleski played his first year in 1981 at short-season Elmira. The infielder hit just .191.

In 1983, Meleski briefly played with Roger Clemens, as Clemens made his way to the majors. Years later, he recalled to Sports Illustrated that during Clemens' starts, players chalked a K up in the dugout for Clemens strikeouts.

"That's something fans do, not players," Meleski told SI, "but he made fans out of us all."

His playing days over, Meleski continued in the Red Sox system, but as a hitting coach. He coached at AAA Pawtucket for six seasons before getting the manager post at single-A Lynchburg in 1993.

Meleski's first managerial stint lasted two seasons. After a stop as hitting coach in Jacksonville, Meleski returned to the manager's office in 1997 at Lakeland.

Among the players he watched over that first season at Lakeland was Gabe Kapler, whom Meleski believed could have a good career.

"If Gabe learns to hit the ball to all fields instead of pulling it so much,," Meleski told The Ledger of Kapler, "he'll go a long way because he already has a lot of natural talent and a great work ethic."

Meleski went on to coach at Toledo and Richmond, then manage again at Charleston, W.V., in 2003. More recently, Meleski has given baseball lessons in Richmond.