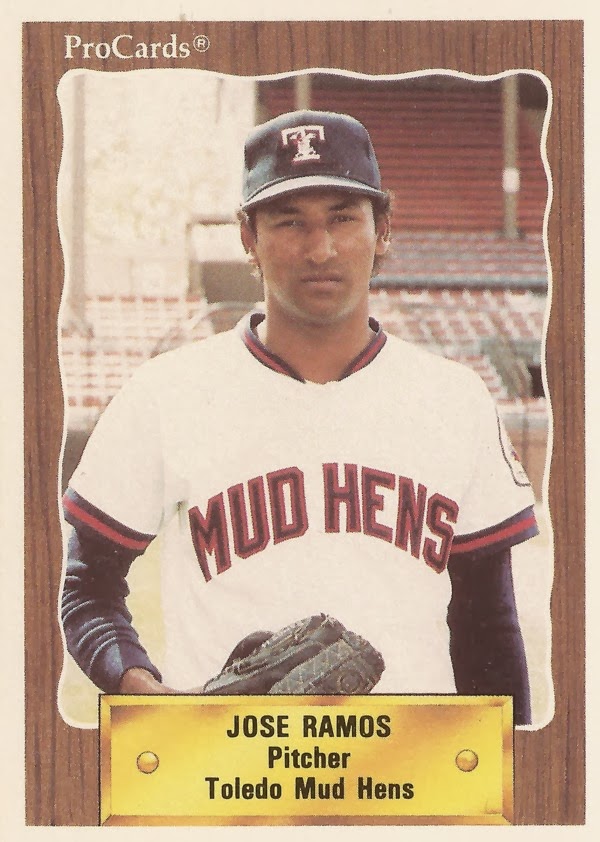 The Omaha Royals had the tying run on in the ninth inning of a late May 1990 game. Coming in to face a hot Royals hitter was Toledo left hander Jose Ramos, The Toledo Blade wrote.

Ramos soon induced a ground out, ending the game and getting his first save at AAA, The Blade wrote.

"That was a big positive," Mud Hens Manager Tom Gamboa told The Blade afterward of Ramos' performance. "That had to help (Ramos') confidence, too."

Ramos made AAA Toledo in 1990, in his fourth season as a professional. He would play two more seasons, but never make it higher.

Ramos originally signed with the Tigers for 1987, out of his native Venezuela. He split his first season between short-season Batavia and single-A Fayetteville.

In 19 appearances at Batavia, Ramos posted a 2.95 ERA, four wins and two saves. At Fayetteville, his ERA increased to 4.05.

Ramos returned to Fayetteville for 1988, going 5-5 in 46 relief appearances. He also had an ERA of 3.74. In one May appearance, Ramos didn't do what he set out to do. He came in and quickly gave up a three-run home run, The Sumter Item wrote.

Ramos played 1989 at AA London, getting 33 relief appearances and getting an ERA of 4.36. The next spring, Ramos found himself in camp with the Tigers. He also won his promotion to AAA Toledo. In 31 appearances for the Mud Hens, Ramos posted an ERA of 4.22. He also had just that one save.

In two more seasons, Ramos never got back to Toledo. He split 1991 between AA London and high-A Lakeland. He returned to London for 1992, playing 16 games, his final credited games as a professional.