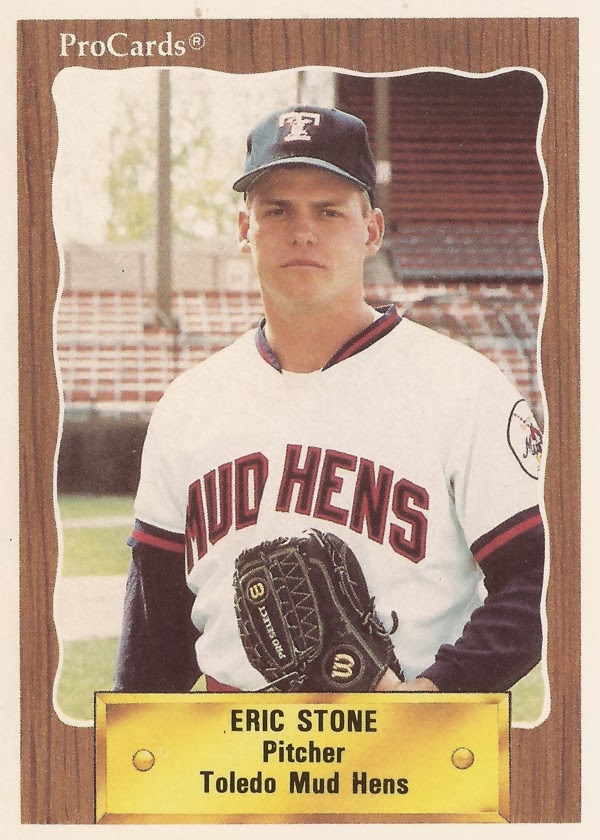 The Tigers started slowly in spring 1990. But, in late March, they finally picked up a win. Locking it down with two innings of work, picking up the save, was reliever Eric Stone.

"I'll be truthful. I didn't want to lose that game," Tigers manager Sparky Anderson told The Associated Press afterward. "We haven't been too familiar with the 'W' column lately."

While Stone helped his manager and the Tigers in that spring game, Stone never was able to help the Tigers or any other team in the majors. Stone played in seven seasons as a professional, but he never made the majors.

Stone's career began in 1988, taken by the Tigers in the sixth round of the draft, out of the University of Texas. At one point that year with Texas, Stone was 15-1. He also claimed the school record for strikeouts in one game, 19.

For 1990, Stone made the jump to AAA Toledo, getting into 36 games, but starting just seven. He picked up four saves and an ERA of 3.95. One of his relief outings came in June, with two scoreless innings in a Toledo win.

Stone moved back to AA London to start 1991. He got six starts there, then moved to the Indians system, moving backwards still, to single-A Columbus. Between them, he got just 15 starts.

Stone's career then finally ended in 1995, in the independent Texas-Louisiana League. He started 20 games there, for both Abilene and Corpus Christi, ending his career short of the majors.