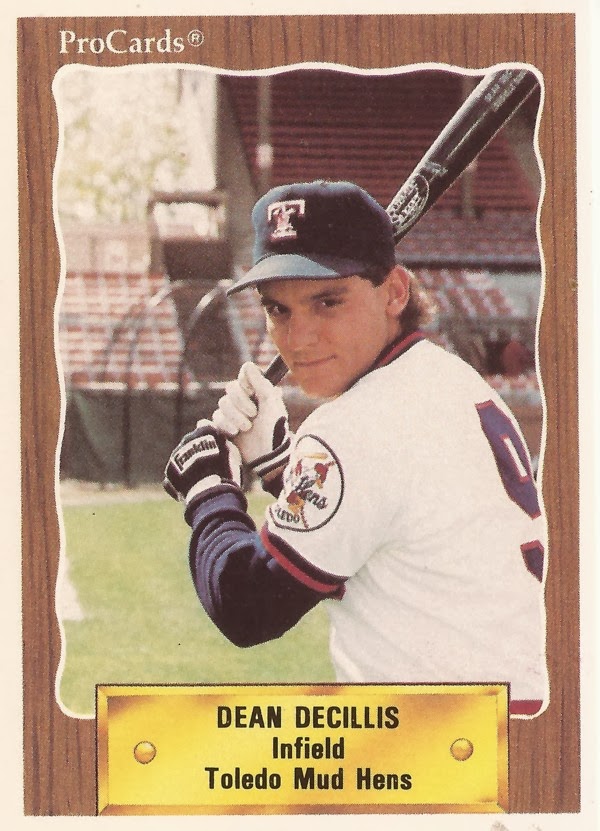 Dean Decillis had hardly arrived at Miami-Dade South Community College when the Blue Jays drafted him in the 10th round of the January 1986 draft.

He didn't sign, but, for Decillis, simply being taken was the realization of one long-held dream, he told The South Florida Sun-Sentinel that May.

"I just love baseball," Decillis told The Sun-Sentinel. "I've been playing ball all my life. I've worked hard to improve. I have my dreams and I work to make them come true. Being drafted was a dream of mine."

Decillis eventually stayed at Miami-Dade for two seasons, eventually getting drafted again. In June 1987, the Tigers selected him in the sixth round. And this time he signed.

But, while he realized one dream, he never would realize the ultimate dream of playing in the major leagues. Decillis played eight seasons in the minors, getting as high as AAA, but no higher.

Decillis' arrival at Miami-Dade followed a high school career where he starred enough to get noticed by college programs and pro scouts alike, his high school coach Chris Arago told The Sun-Sentinel in April 1985.

"He's solid on the field and beside the plate. And he's consistent," Arago told The Sun-Sentinel. "The thing that makes him stand out, however, is his speed and the fact that he has a very strong and accurate arm for a shortstop."

Taken by the Tigers, Decillis played that first year at single-A Fayetteville. He got into 49 games, hitting just .238.

His time at Fayetteville came after a quick promotion. Originally assigned to rookie-league Bristol, he spent just four days there before being sent up to single-A, The Sun-Sentinel wrote.

"I just got off the plane at 2:30 p.m. before they rushed me to the hotel, got me a uniform, put me in batting practice and started me in the game," DeCillis told The Sun-Sentinel after joining the Generals. "I had no time to adjust at all. But it's A-ball."

Decillis played 1988 at single-A Lakeland, hitting .259 with five home runs. He then made AA London in 1989, hitting .245 with another five home runs. Despite the average, the Tigers thought enough of him to protect him, putting him on their winter roster that November.

Decillis started 1990 at AAA Toledo, playing 31 games there, hitting .286. But by early July, Decillis was back in AA, in London, getting two doubles in a game against Harrisburg. By mid-July, though, Decillis was experiencing throwing problems, attributed to too much weight lifting.

Decillis played two more seasons, both back down in AA, including a two-game stint with the Giants at AA Shreveport in 1993.

His playing days over, Decillis went on to be a scout. By 1997, Decillis was working for the Orioles and watching over a workout of Cuban defectors. More recently, Decillis has worked as a scout for the Giants and the Red Sox.