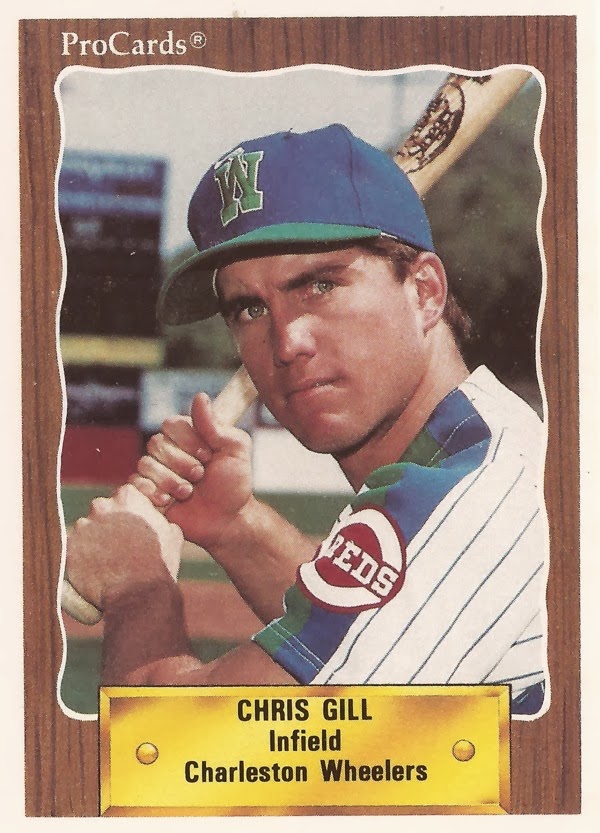 The 2010 version of MLB video game The Show had new options, including a new mode that made it look like a TV broadcast.

"This gives the player an opportunity to play in a different style," Gill told the site. "It doesn't slow the game down, and it's how I play the game now."

Gill played the baseball video game, and helped produce it. Years earlier, he played the actual baseball game, playing in four seasons. He never made the majors.

Gill's involvement in the real baseball game began in 1989, signed by the Reds as an undrafted free agent.

Gill started at rookie Billings, hitting .291, with two home runs. He moved to single-A Charleston for 1990, his average dropping to .251.

He went 2 for 4 in an April 1990 contest, knocking in two. Around that time, the infielder also took a bad hop to his mouth, losing a tooth, he recalled years later to the site Baseball Cards Come to Life!

Gill stayed in the game, though. In 1997, he served as a Reds scout. He then went into another game, video games. He signed on with Sony, becoming a senior producer on MLB The Show.