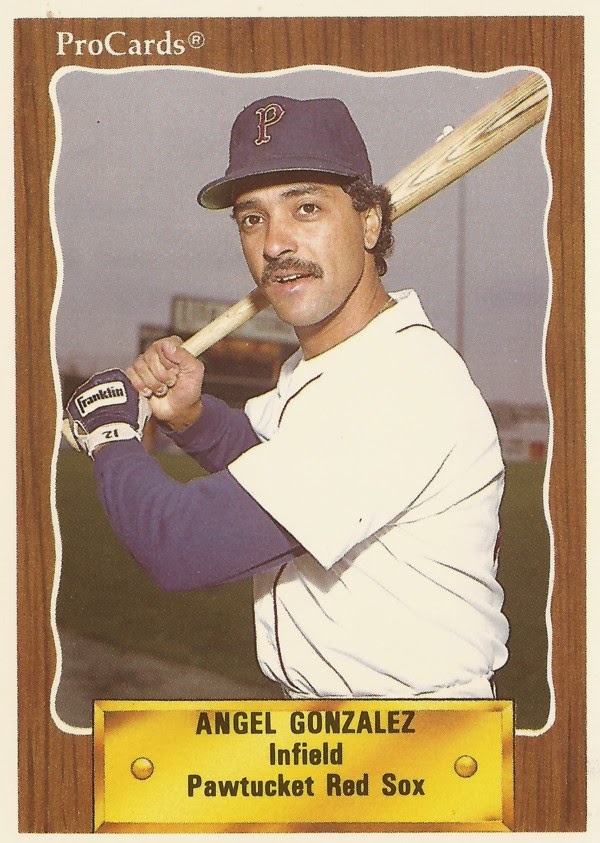 The Boston Red Sox went to Pawtucket for their annual game with the top farm club in April 1990, The Patriot Ledger News Service wrote.

But not every Boston player was playing in the exhibition. To fill out the roster, the Red Sox added a couple players from AAA, one of them being Angel Gonzalez.

While he was with Boston for that one game, and played with them in multiple spring trainings, Gonzalez would never play in Boston, or with any other major league club, during the regular season.

Gonzalez' professional career began in 1984, signed by the Red Sox as an undrafted free agent out of his native Dominican Republic.

In 1987, Gonzalez made AA New Britain, getting into 113 games and hitting .300. He opened the season with a two-hit performance in a New Britain win. Later in the year, Gonzalez got a 10-game look at Pawtucket, going 14 for 35.

The next spring, Gonzalez got time with the Red Sox in spring training, tying a mid-March game with a single. He then split the season between New Britain and Pawtucket, his average dropping to just .202.

Gonzalez moved to the Reds in 1991, getting three hits in his first spring appearance. But it was also Gonzalez' last season. He played out the year at AAA Nashville, hitting .243 and not making Cincinnati.