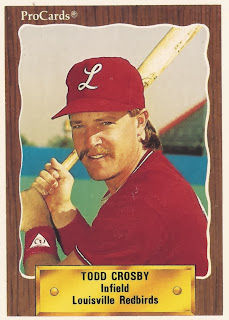 Crosby returned to Louisville for 1991. He played just one more season beyond that, with the Giants in 1992. He played at AA Shreveport and 14 games at AAA Phoenix, ending his career.