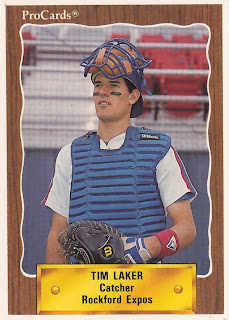 In his seventh season as a pro in 1994, Tim Laker's hitting finally picked up, according to The Los Angeles Times.