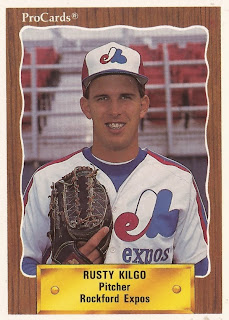 Arizona State head coach Jim Brock made the decision to start left-hander Rusty Kilgo in that opening game of the 1988 College World Series and it paid off with Kilgo going eight innings and the Sun Devils taking the game 4-2.