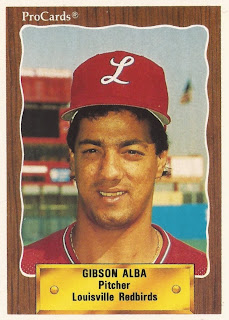 Sent back to AAA, Alba got into 58 games, posting an ERA of 3.89. He stayed with the Cardinals into 1990, pitching a three-hit shutout in a start for Louisville in April 1990. He played just one more season, never getting back to the majors.