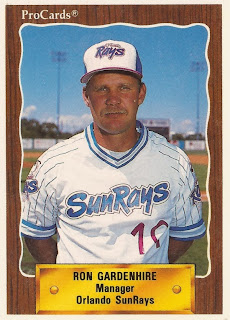 His teams have fallen on harder times in recent years, finishing fifth twice and fourth in 2013. But his performances were enough for Gardenhire to pick up a new two-year contract in October 2013.