Luis Mercedes waited his turn, then got back to the bigs; Played in three major league seasons 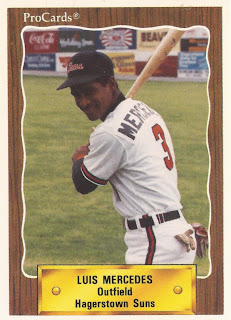