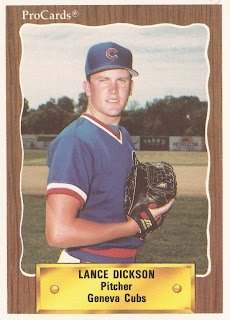 Other top picks had moved up quickly. The question was, did the Cubs' first-round pick Lance Dickson expect to see himself in the majors soon, according to The Chicago Tribune.