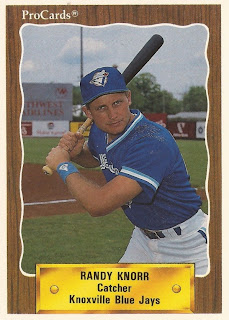 Randy Knorr didn't play every day. But when he did play, he was ready.

It was his work with the Nationals minor leaguers that got Knorr a spot as Nationals bench coach for 2012. The Washington Times wrote that Knorr would also be on the short list to succeed Davey Johnson as Nationals manager.