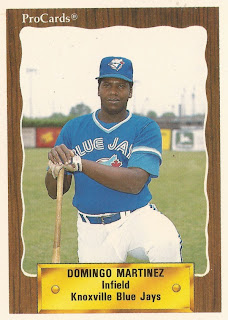 Domingo Martinez' path to the majors was blocked, The Associated Press wrote, but he was doing his best to perform when he did get that chance.