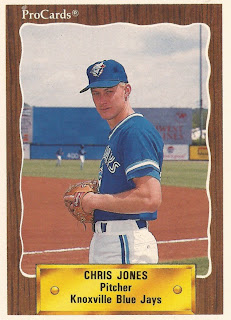 Florence Blue Jay pitcher Chris Jones had some good company on the mound that day in Charleston, S.C. in 1986. But that company wasn't his opponent in the game - it was the guy who took the mound before him.