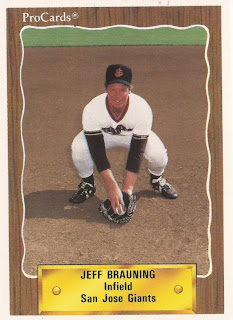 Jeff Brauning's run to a conference-record hitting streak was almost cut short in 1989, by a scorekeeper's call, The Moscow-Pullman Daily News wrote.