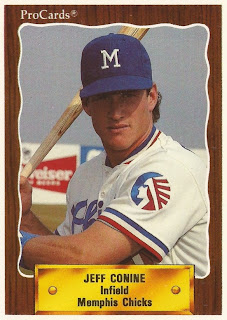 Conine played with the Marlins for two more seasons, then went through four other organizations, ending his career in 2007. In spring 2008, Conine signed a ceremonial contract with the Marlins, so he could end his career with them. For 2012, Conine is continuing with the team, as special assistant to the president.