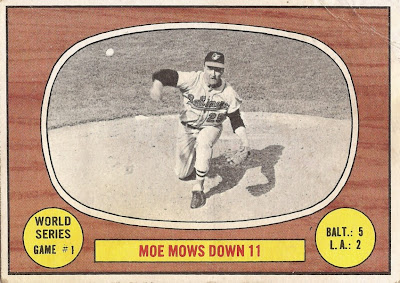 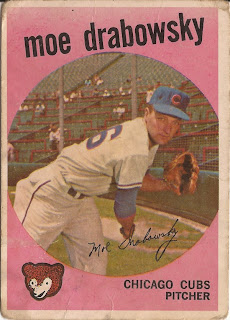 Called in from the bullpen in the third inning, Moe Drabowsky proceeded to give the performance of his life.

Drabowsky proceeded to finish out the game, going a full 6.2 innings. He gave up a single hit, no runs, struck out 11 and picked up the win.

"You go in there and give it the best you've got," Drabowsky told reporters after the win, the first of the Orioles' series sweep. "I wasn't nervous, but ever since I got here, I was kind of waiting for the butterflies to set in. But they haven't."

But there was yet another side to Drabowsky, the prankster side. It was that, when Drabowsky passed away in 2006 at the age of 70, that were his legend. That legend often surfaced through putting snakes in various places, having fun on the bullpen phone, or even going with the standard hot foot.

Drabowsky's career began in 1956, signed by the Cubs out of Trinity College in Connecticut. Once signed, Drabowsky jumped directly to Chicago, getting into nine games that year, starting seven. He posted an ERA of 2.47.

His contract also allowed him to return to school in September, to finish his degree, according to The Associated Press. Coming back for 1957, Drabowsky thought big: 20-win big. "It's good to set a target and I want to set a good one," Drabowsky told The AP that March. 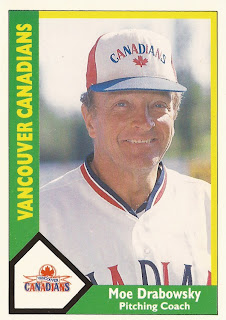 Drabowsky stayed with the Cubs through 1960. For 1961, he was traded to the Braves in a four-player deal. In his final year with the Cubs, Drabowsky got his first significant time in relief.

From 1961 to 1965, Drabowsky went back and forth. In 1963, with Kansas City, he mainly started, getting 22 starts. He got 21 starts the next year. After arriving with Baltimore for 1966, though, Drabowsky started three games, the final three starts of his career.

Drabowsky got into 41 other games in relief that year, posting a 2.81 ERA. That wasn't counting that one big relief outing for Baltimore in October.

With Kansas City in 1965, Drabowsky also dispensed advice, to a young Catfish Hunter, after a slow Hunter start - and the accompanying headlines - in 1965 left Hunter low.

"Then Moe Drabowsky said something that brought me around," Hunter told The AP in spring 1966, "He said 'you have to realize you can be a hero one day and a bum the next. It's better not to read anything about yourself."

Drabowsky's hero time came that fall, with the Orioles in the World Series.

A feature on Drabowsky's post-playing career is coming this evening.