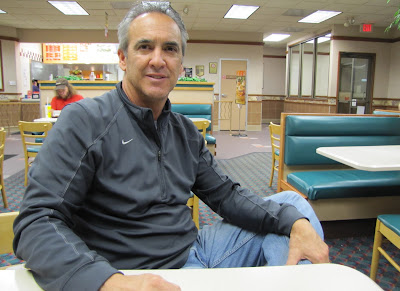 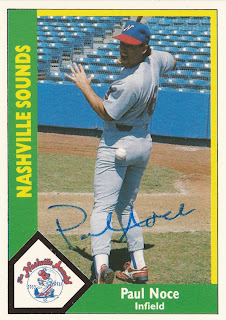 This past summer, former Cub Paul Noce returned to Wrigley Field, the team taking care of him with front row tickets, right behind the third base coach.

He was there with his brothers from California and his boys. There, in the stands, Noce recalled it hitting him.

"I looked at shortstop and it was no more than 60 feet away," Noce told The Greatest 21 Days recently, a sense of awe filling his voice. "I'm looking at it, and I'm going, 'I played right there.'"

He also played 37 of those at Wrigley.

"That was exciting to be able to play for the Cubs in Wrigly Field," Noce said. "I don't take it lightly."

Noce sat down with The Greatest 21 Days recently at a Wendy's near his home in Michigan. Noce has spent much of the last two decades as a coach in college, at Hillsdale College in southern Michigan. 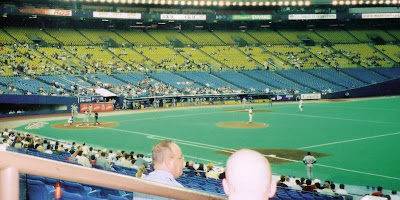 Arriving in Chicago early that June in 1987, Noce started a season where he played in those 70 major league games with the Cubs. After that season, he only got into one more.

Much of that time Noce spent with the Cubs was spent filling in for injuries. In mid-June, Cubs Hall of Fame second baseman Ryne Sandberg went down June 13 with a severe ankle sprain. He didn't come back until July 11. Then Shawon Dunston went down June 15 with a broken finger. He didn't return until Aug. 21.

Noce benefited from both, starting at second for Sandberg, then moving to short to fill in for Dunston when Sandberg came back.

When Sandberg went down, Noce thought another player would be put in, Manny Trillo. But it was Noce who was told to get loose.

"Especially when you're a guy who's not labeled a prospect, that label, that's how you get your breaks," Noce said.

Included in those 70 games was Noce's first big league hit, coming in his first outing. Before the month was out, he went 4 for 5 in a Cubs win at Montreal, pushing his average to .308. 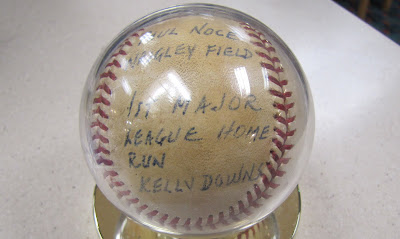 On July 3, Noce hit is first major league home run, at home against San Francisco. It came in the seventh off Giants starter Kelly Downs and tied the game at 1.

It was a first-pitch, fastball that Noce put in the the basket in left field, Noce recalled.

"You throw me a first-pitch fastball and I'm swinging every time, just about," Noce said, adding a short time later, "I probably ran around the bases in probably 10 seconds."

As soon as he got back to the dugout, Noce remembered trying to make sure someone tracked down the ball. Whoever grabbed it, gave it back.

Noce's second home run came four days later, in the game where fellow Cub Andre Dawson got hit in the face by a pitch from Eric Show. Noce hit his home run and Dawson came up two batters later and was hit. There was talk that the pitch was intentional. Noce doesn't believe it was.

Except for a brief stint in late August, Noce stayed with Chicago through the end of the year.

He ended up getting 41 hits in 180 at bats, ending with a .228 average. Noce thought he had a good shot at making the Cubs again in 1988 as a utility player, but a change in leadership took the team in a different direction.

Back at Iowa, Noce's playing time diminished. By July, Noce recalled asking for a trade. The Cubs obliged, sending him at the end of July to the Expos.

Noce played out the year at AAA Indianapolis. But they were meaningful games. The Indianapolis squad went on to win the American Association title and the overall AAA championship. 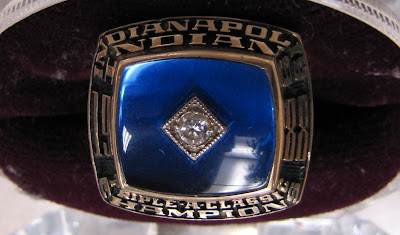 It was Noce's first championship and his first ring. He had come close one year at single-A Reno and at AA Pittsfield. But he hadn't won one before. "You always play for that ring," Noce said. "You want that ring."

Noce still has that ring from Indianapolis. Another ring, though, he never received.

While winning at AAA was good. Noce still worked at getting back to the majors. He didn't accomplish that until 1990, after two full seasons at AAA with three organizations, the Cubs, Expos and Mariners.

For 1990, Noce signed with the Reds. After another injury, Noce got his final call to the majors. This injury was to Reds star Eric Davis. He'd hurt his ankle. Noce was hitting well at AAA Nashville and the Reds called.

Noce spent eight days there. He only got into one game and got one at bat.

In his 10th season of professional ball, Noce said he knew it could be ending soon. The game was starting to be a job. He wasn't enjoying it as much.

So with this call up, Noce took time to enjoy it. "I was there early and I left late," Noce said.

Then, on May 17, Noce got his only at bat. He hit a line drive up the middle for a single. 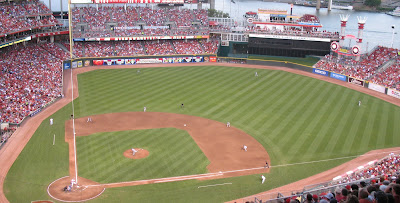 Cincinnati's Great American Ballpark in 2010. Paul Noce got into one game with the Reds in 1990, at old Riverfront Stadium. He went 1 for 1.

On a team that went on to win the World Series, Noce technically had the distinction of having the highest batting average of any of them.

That fall, Noce recalled getting a $500 playoff share. He never did get a ring, though. He believes he can still petition for one, paying for it. He said he just might do that.

He'd get it just to have it. It also might look good recruiting, Noce added.

Sent back to AAA Nashville after Davis came back early, Noce's career ended in 1991, with the Giants at AAA Phoenix.

Noce spent two seasons with the Pirates as a roving instructor. He then arrived in Hillsdale, Michigan, to be the baseball coach Hillsdale College, a top academic school. He has been there since.

At Hillsdale, Noce sometimes references his playing days for a motivational story. But that doesn't happen often, he said. He makes it a point not to do that.

The California native settled in Michigan because that is where his wife Diane is from. The two met one year at spring training. She was there visiting a friend.

"It's a God thing," Noce said of his time in Michigan. "God wanted me there. He put me there and He's kept me there for 18 years. It's pretty cool." (Go to Card story)