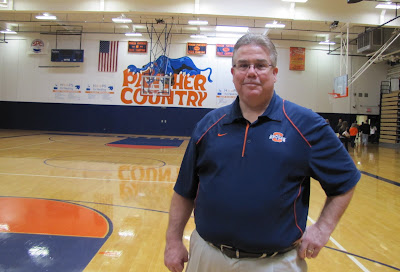 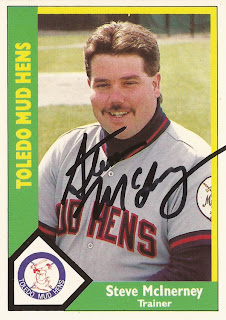 OSWEGO, IL - Sitting in the emergency room in Albany, NY, Julius McDougal scratched something out on a piece of paper.

McDougal, the shortstop for the AA Glens Falls Tigers, had to write his message out because because he'd just gotten several teeth knocked out, taking a bad hop off his face, during a game against the Albany-Colonie Yankees.

"As he's getting his jaw wired shut, he writes me a note," McInerney, the Glens Falls trainer that year in 1988, recalled recently. "'can I still play in the All-Star game? He was just a tough guy."

McDougal go to go to the game, but he didn't get to play. McDougal's reaction to the injury was a common one for players faced with injury - they want to keep playing.

It's the trainer's job to assess when they can keep playing and when they need to sit.

"They all want to stay in the game," McInerney told The Greatest 21 Days. "The hardest thing is deciding to take somebody out. You always want to err on the side of caution. It's so important to those guys to keep playing every day."

McInerney more recently has been tasked with watching over younger players, those in high school. McInerney has made the career switch from minor league trainer to high school athletic director, working at Oswego High School in Illinois.

McInerney spoke with The Greatest 21 Days at his Oswego High School office, a handful of photographs from his days as a trainer and his days as an athletic director on the cabinet behind his desk.

His career as a trainer took him from Southern Illinois University, where he learned the skills that allowed him to respond to player injuries, to ballparks in places like Bristol, Glens Falls, Toledo and Syracuse. 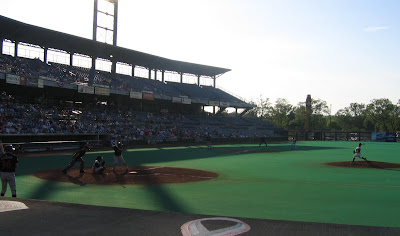 Syracuse's Alliance Bank Stadium in 2006. Steve McInerney served as trainer for the Syracuse Chiefs in the early 1990s, getting a World Series ring in the process.

Those skills also took him to Tiger Stadium, for an all-too-brief stay late one season.

After downsizing by the Blue Jays, a team that gave him a World Series ring in 1993, McInerney decided to leave the minors, instead focusing on his family.

He briefly worked at a hospital before returning to the training room, in high school. He then became an assistant athletic director, then arrived at Oswego in 2006 as the schools top AD.

McInerney, though, has also has continued his work protecting athletes, working to help pass bills in the state to raise awareness of concussion injuries and symptoms, and ensure high school trainers in Illinois have the proper qualifications. 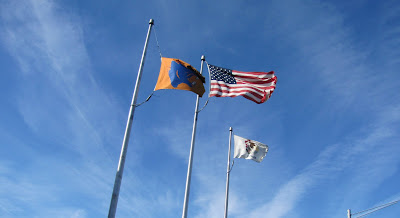 Home of the Panthers. The Oswego High Panthers flag flies with the U.S. and Illinois flags outside Oswego High School in Illinois.

McInerney's road to the trainers room, and AD's office, began as a high schooler, growing up in Chicago. Attending Brother Rice High School, played a little himself. He played baseball until he was 16. He also wrestled, but got hurt.

Then he started hanging around the training room and his interest went from there.

"I thought it was great way be part of the team, part of the action, to stay involved, to help people, to serve people," McInerney said.

He then referenced his later days in the minors as a trainer.

McInerney's interest in athletic training grew at Southern Illinois, with McInerney working in the athletic department between his science, anatomy and emergency first aid classes.

Hired by the Tigers before graduating, the rookie trainer went to the rookie leagues, serving as trainer for the Bristol Tigers, of the Appalachian League. McInerney then finished his student teaching and returned to the Tigers and Bristol.

At that level of the minors, trainers aren't simply in charge of player injuries, McInerney recalled. Trainers are also in charge of equipment, travel and meal money.

Further up the ladder, though, the job again became more focused.

During the game, the trainer has to be focused, McInerney said.

"The key is to see how some of the injuries happen," McInerney said. "The mechanism of injury, that gives you a lot." 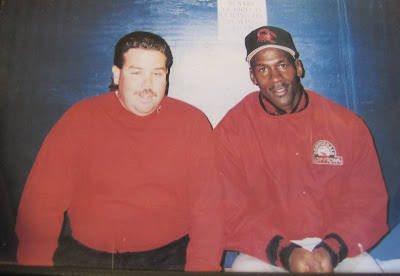 Trainers then get more information from the players, exactly where they got hit. McInerney referenced the common scene of the trainer getting down low to talk to the player on the field.

"You want to try and keep them relaxed," McInerney said, "because they're hurt. They're under stress. ... You try and keep the guys a little bit loose, let them know it's going to be OK and 'we're going to get you back and get you healthy.'"

McInerney moved to AA Birmingham in 1985, serving as a trainer for the Southern League All-Star game. He then moved with the team to Glens Falls.

It was also in 1991 that the trainer got to see the majors.