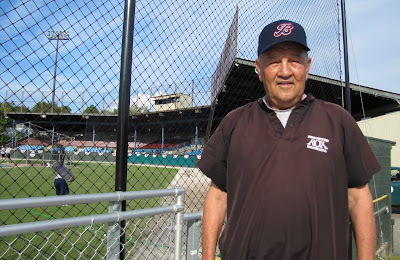 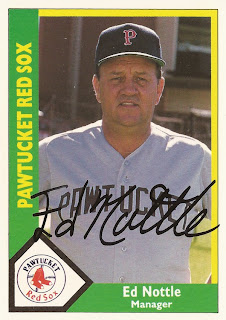 PITTSFIELD, MA - Walking out on the field with Class D Pensacola in 1960, Ed Nottle made a promise to himself.

Nottle was just 20 years old and it was his first year in pro ball.

"I went out on that field with Pensacola in 1960," Nottle told The Greatest 21 Days recently, "I said I would stay in baseball as long as I could. And I have.

"And it hasn't been easy," Nottle continued in a plain-spoken way befitting his 71 years. "People don't realize, minor league baseball is about 90 percent disappointment, for God's sake."

Fifty-one years later, Nottle is still in pro ball, all but one of the intervening seasons spent dealing with the disappointments - and thrills - of playing and coaching in the minor leagues.

Now 71, Nottle is continuing in 2011 to fulfill that promise to himself, serving as an assistant coach with the independent Brockton Rox of the Can-Am League.

Nottle sat down with The Greatest 21 Days recently on a road trip to Pittsfield, Mass., where his Rox were set to take on the Colonials at historic Wahconah Park.

Nottle now works with players a fraction of his age, supporting their talents and giving the players a chance to better themselves.

He's also doing that in independent ball, a circuit Nottle has worked in since 1993 and a circuit he is thankful is free from what he calls the overcoaching of organized baseball.

And Nottle knows organized baseball, playing and coaching there for his first three decades plus. 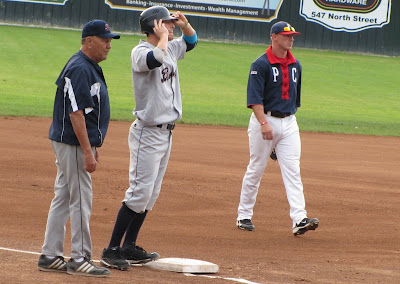 As a player, Nottle never got to the majors, but he did get to play in an exhibition series at Wrigley Field. He also found himself protected by the White Sox from a team that might have gotten him to the majors.

As a coach and manager, Nottle found himself proving that a former pitcher could manage in the minor leagues. Then, after a successful run that earned him manager of the year honors at AAA, and earned him a shot to manage in the majors.

Instead of managing in the big leagues, though, Nottle got a year as the Oakland bullpen coach, a year that Nottle counts as a waste, throwing batting practice and answering phones.

Going back to the minors, Nottle found himself in a similar situation five years later, considered for the Red Sox top job. Again he fell short.

He also found himself unable to shake the tag of "Singing Ed Nottle." It was a name he was proud of, using his voice to raise money for children's charities. But it was all anybody ever asked him about at meetings.

He soon found himself in independent ball, becoming an institution in two cities, Sioux City, Iowa, and Brockton, Mass.

"I've fortunately had a wife for 45 years that never asked me to get out of ball, I don't know why," Nottle said. "But my kids and grandkids have all grown up in ballparks. I've been allowed to be 12 years old for a long time."

But, before any of that could happen, Nottle had to get into baseball. And that, as Nottle tells it, only happened after a wild youth, one where he spent his time in bowling alleys, rather than on baseball diamonds.

It was also one where Nottle found himself driving off with another man's car, chased by police and sent to the reformatory. From there, he entered the Army - all of that coming before he was finally introduced to the game of baseball.