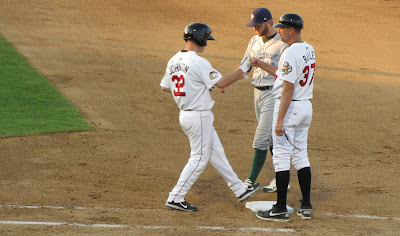 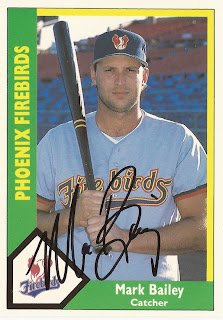 It was that pitch that his pitcher, Hall of Famer Nolan Ryan, frequently used to strike batters out. Now, in July 1985, Ryan was one strike away from his milestone 4,000th strikeout.

"I thought well, what if he swings and misses, but I don't block it?" Bailey told The Greatest 21 Days recently. "Does it still count? All these things are going through my mind."

Bailey blocked it, Ryan got a clean 4,000th strikeout and Bailey soon found himself shaking his pitcher's hand in congratulations.

Bailey described the scene to The Greatest 21 Days in an interview recently at Joseph L. Bruno Stadium in Troy, NY, where he is serving in 2011 as the hitting coach for the short-season Tri-City Valley Cats.

The interview covered the relatively brief run-up to his major league career, his major league playing days themselves and touched on his coaching career that followed years later, taking him back to the majors as a longtime bullpen coach in Houston.

Bailey's professional career began in 1982, taken by the Astros in the sixth round. He played that year at short-season Auburn, still a member of the New York-Penn League today.

With Auburn, though, Bailey recalled he was a player without a permanent position. He played some first base, some designated hitter and elsewhere. It wasn't until instructional league that fall that he was turned into a catcher.

His second season, at single-A Asheville, was his first as a catcher. "It was kind of on-the-job training," Bailey said.

That was his background going into 1984. And Bailey had no expectations other than making the next step to the Florida State League. Instead, he started at AA Columbus. Seventeen games in, Bailey was in the majors. 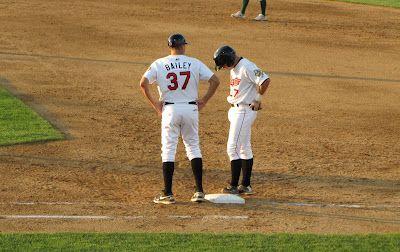 Before the call, Bailey recalled having no indication it was coming. He'd heard Houston catcher Alan Ashby had been injured, suffering a broken toe. But there was also no Internet or cell phones, so news was slow to spread.

Bailey recalled his manager at Columbus, Bob Bailey, calling him into his office. The two are no relation.

The manager asked where the catcher's previous manager was at. The question made Mark Bailey think he was getting moved back to single-A, because that manager was still there.

"He goes, 'aw, it doesn't matter, because you're going up to Houston,'" Mark Bailey recalled.

The catcher recalled responding surprised, "why?"

And Bailey did. In his first big league start, April 29, Bailey picked up two hits. He picked up his first home run May 9. Later in the year, he hit two home runs in a single game, twice. 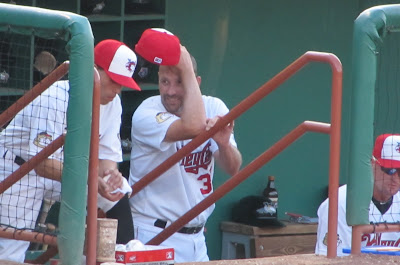 The Springfield, Mo., native also found himself frequently calling home to his family with updates.

"We didn't have cell phones, but I always used to call my mom every time I did something well, to let her know," Bailey said with a laugh.

One of those calls presumably came the evening of July 17, against the Mets. That's when Bailey hit a walk-off, two-run home run for the win. It came off the Mets' Doug Sisk.

The walk-off also marked the third-straight game in which Bailey hit a home run. He only hit nine on the year, hitting those in bunches.

The walk-off went out to right center.

"It was really neat running around the bases," Bailey recalled. Working the game was announcer Tim McCarver, Bailey believed on the radio side. "He interviewed me afterward, it was really neat."

While Bailey hit those nine home runs, and stayed in the majors the rest of the year, he hit .212. He improved his average in 1985 to .265, and spent no time in the minors.

By 1986, though, Bailey found himself in a slump, and he had trouble with injuries. He hurt his arm, then his knee. In 57 games that year with Houston, serving as essentially the starting catcher the first half of the year, Bailey hit just .176. 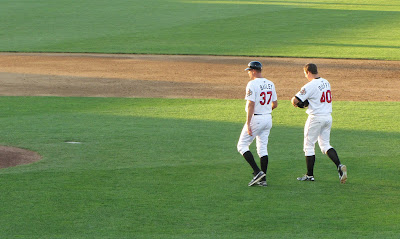 Sent down to AAA Tucson, he hit better, .341. But the injuries kept coming. By the end of the year, the injuries prevented him from returning as a September call-up.

The Astros made the playoffs that year, but Bailey ended up watching them on TV.

"It was tough, I've got to be honest with you, it was tough," Bailey said of his troubles that year.

By the time he came back in 1987, Bailey had lost his starting spot. He also played infrequently. "It was just a tough situatoin," Bailey said.

He played 35 games that year, and just eight the next. His major league playing career went on through 1992, but his time was limited. Signing with the Giants for 1990, Bailey got into five games with San Francisco that year and 13 in 1992.

Throughout the injuries and trips to the minors in those years, Bailey believed he would get back. Staying in the majors, after all, was tougher than actually getting there, Bailey said.

"It's harder to stay there than it is to get there. I try to tell that to guys. It's really true," Bailey added. "To really produce and stay up there for a long period of time, it's really tough."

By 1998, Bailey was coaching. He started at single-A Kissimmee, then moved to AA Jackson in 1999. By 2002, he was in Houston as the team's bullpen coach. He essentially stayed in that post through 2009. 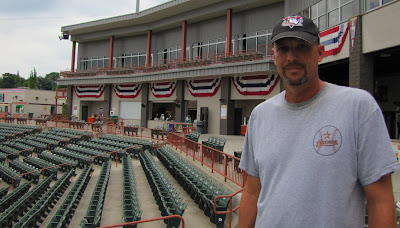 Back in the NY-Penn League, the league where he began as a player back in 1982, Bailey said he tries to use his own experiences as a player to help coach his players now.

In short-season ball, Bailey said it's important to realize that the players are young, most of them are in their first year.

"You just have to really remember that," Bailey said, "really remember how hard it is and just try get them used to playing up there."
Posted by Steve78 at 12:00 PM