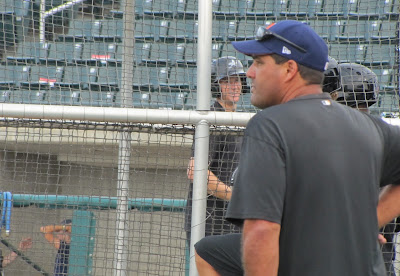 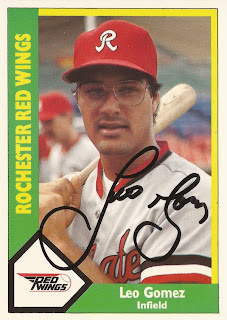 LOWELL, MA - Called up to the majors, there were those who said Leo Gomez' defense at third base wasn't so good, Gomez recalled to The Greatest 21 Days recently.

Gomez, though, took that as an invitation to work harder, working directly with former Orioles manager Cal Ripken Sr. on the old Memorial Stadium infield, to improve his fielding skills.

It's that instruction, along with his experience from years as a player, that Gomez said he tries to pass on to younger players today as a manager in the minors.

"You've got to come in here every day with a good attitude," Gomez said, "and work hard and pray to be better every day. You're never going to be perfect, but you can get better, if you're working."

Gomez is in his first year as manager for the short-season Aberdeen Ironbirds, an Orioles affiliate. He made manager, after serving two years as hitting coach in rookie ball.

It's a stint in coaching that has come after his long career as a player. It was a career where Gomez followed his brother into baseball, the Puerto Rico-native adjusting to the different life of a minor leaguer on the mainland. He also made the majors in 1990, after just missing out on his first call due to injury. 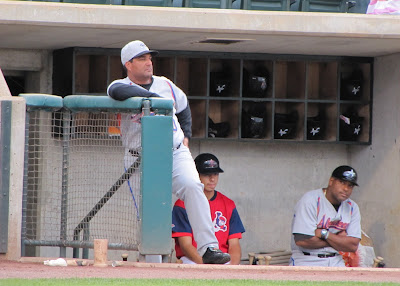 Leo Gomez on the top step of the Aberdeen dugout at Lowell.

When Gomez finally did make the majors, he went on to a career in which he spent parts of six seasons in the bigs, hit 79 home runs and a grand slam at Tiger Stadium. He spent another six years in Japan, helping his Chunichi Dragons win the Central League pennant in 1999 with 36 home runs that season alone.

Now the manager with the Orioles' short-season affiliate, Gomez spoke with The Greatest 21 Days during a recent road trip to Lowell, Mass., his Aberdeen Ironbirds playing the Lowell Spinners.

It's about the level where Gomez himself started as a player some 25 years ago.

It was Gomez' brother Marcos Gomez who first made inroads into the pros, signed by the Brewers, never making it beyond single-A. Leo Gomez, however, soon followed, getting noticed by a scout who alerted the Orioles back in Baltimore, he recalled. 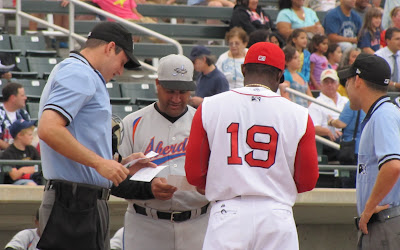 On the island, Gomez had played Friday, Saturday and Sunday. He also knew the language.

"For me, it was good because I have the opportunity to come here and play everyday to show them that I can play baseball," Gomez recalled.

The language part, though was difficult. He remembered being happy that other Spanish-speaking players were also on the team.

"It was kind of hard," Gomez said. "Once you get used to it, it was very easy but that first year, it was very dificult for me."

That August, the Orioles called. Gomez would have gone to the majors, but he'd injured his shoulder the same day.

"I was disappointed, on the other hand, I was happy," Gomez said of not making the majors that first call. "I was happy that I finished AAA, the whole year and put up good numbers. Everything worked out great."

He did make it to Baltimore. His shoulder injury only delayed his debut a month.

"Very scared, very nervous, but happy at the same time," Gomez said of finally making it to Baltimore. "Everybody had that feeling, you know, going to the big leagues. You always want it."

In his major league game, Gomez got his first major league hit. He recalled that took some of the pressure off. He settled in after that.

He hit it in the top of the fourth, giving his Orioles a 4-0 lead they wouldn't relinquish.

Gomez stayed with the Orioles through 1995. For 1996, he signed with the Cubs. His time in Chicago then led him to Japan and the Chunichi Dragons.

Again, the transition was difficult for the first couple of months, Gomez said, but he and his family soon got used to it, enjoying their time there.

He also became a star there, The Japan Times counting him as "one of the most feared cleanup hitters in Japanese baseball."

"I did my job over there," Gomez said of his success in Japan. "I take my job serious, so I put up some good numbers over there. When you do that, you respect the game, people like you." 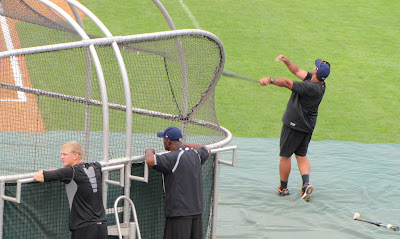 Now he's back with the Orioles, helping develop the club's young talent. He said he's enjoying himself, working with the young players and learning his new role.

Before the game at Lowell, his role included hitting pop ups and grounders to his fielders, getting them warmed up for the night's contest.

"This a fun game, it's something I always like to do, be around kids here," Gomez said. "It's something, that you know, I always got it in my blood being in the ballpark here every day and enjoying the weather and doing everything. It's nice to come back and be in the game."
Posted by Steve78 at 11:34 AM