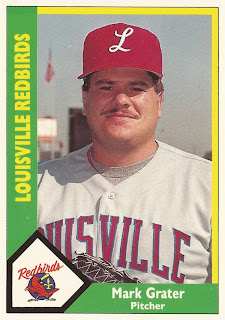 Sent back down to the minors in May 1993, Mark Grater didn't feel like he had the chance to really show what he had. In six outings for the Tigers, totaling five innings, Grater'd given up three earned runs on six hits.