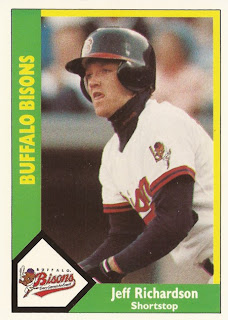 As March closed in 1995, Jeff Richardson told The Pittsburgh Post-Gazette that he never told anyone to participate or not to participate in replacement ball. He also wasn't one to judge.