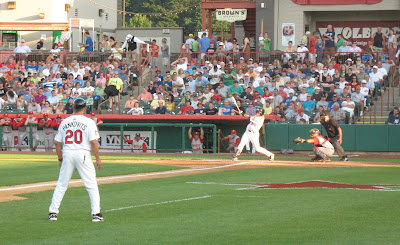 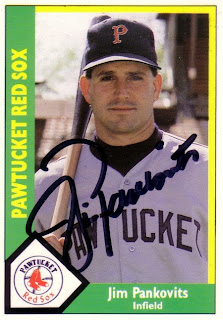 TROY, NY - Jim Pankovits took some of his players aside recently. It was a month into the season and these were the players who, for whatever reason, were getting regular playing time.

The message from a skipper who himself spent eight full seasons in the minors before finally making the majors. Pankovits' message at this meeting: Be ready.

"You know, I was one of those guys," Pankovits, the manager of the short-season Tri-City ValleyCats told The Greatest 21 Days July 17, the day after speaking with his players. "It was just impressing upon them how important it is for them to continue to work and be ready when their opportunity comes because, chances are, they'll get an opportunity and they need to be ready."

The talk came from someone who had been there. Pankovits, a veteran of parts of six major league seasons, worked into his ninth year of minor league ball before finally making the majors.

Pankovits has been working to impart lessons he's learned over his professional playing career on younger players. It's something he's been doing since his own playing career ended in 1991. He's worked as a minor league manager and coordinator in the two decades since.

Pankovits spoke with The Greatest 21 Days Saturday in his Joe Bruno Stadium office in Troy, NY. Pankovits is in his second year managing the short-season affiliate of the Houston Astros, the parent club he played much of his career for. 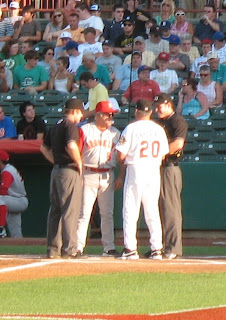 Pankovits was drafted by the Astros in 1976 out of the University of South Carolina. He made a quick ascent to AAA, first appearing there, one step from the majors, in 1978.

Before his career was over in 1991, Pankovits would play at AAA at some point during 11 seasons. By the time Houston called in 1984, that number had hit seven.

With so much of his time spent one step from the majors, by 1984, playing in the big leagues had ceased being on his mind, he recalled. But he did get off to a good start. "When you're playing real well, you're playing day-to-day and looking for the next game, really," Pankovits recalled.

It was on a road trip that Pankovits got the call. His Tucson Toros had just played in Las Vegas and now they were headed to Honolulu, to play the Islanders. It was a long flight, and Pankovits hadn't gotten any sleep after the last game.

As they landed in Hawaii, Pankovits got the news: He had another flight, in three hours, he was going to Houston. It was enough for the soon-to-be rookie to hope for a days' delay in the realization of his career-long goal.

"I hadn't slept in two days and I got to the ballpark that afternoon, and I'm praying I'm not playing," Pankovits recalled. "Fortunately, I didn't get in that night. The next day, I got in and I got a base hit." 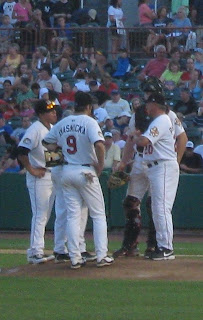 In fact, in his first seven games, Pankovits hit a solid .364, according to The New York Times. It was enough to get noticed. It was also enough, Pankovits recalled, to give the 28-year-old rookie the support he needed.

"I really think that was a big reason why I had some confidence and had the ability to play a few more years," Pankovits said, "because I felt, right off the bat, that I could play in the big leagues."

But, back at that first base hit, Pankovits quickly described the situation. It was off left-handed reliever and closer for the Pirates, Rod Scurry, his Astros were down. "It was kind of the story of my career," Pankovits said, "facing a late-inning closer in late-inning pinch-hit role."

It was also the story of his career that Pankovits made himself useful wherever needed, his versatility. During his major league career, Pankovits played every position but pitcher. It got him five seasons with the Astros, and two at-bats in the 1986 playoffs. While he didn't get a hit, Pankovits called the playoff at-bats a highlight of his career.

Pankovits played with the Astros through 1988, when he was released. It was in 1990 that Pankovits got his final major league appearance, with the Red Sox. He'd played the entire year at AAA Pawtucket. The Red Sox needed a second baseman, and Pankovits, it seemed, was the closest one. The AAA season was over and Pankovits and his wife had remained in Pawtucket. He got in two games, but didn't get to bat. 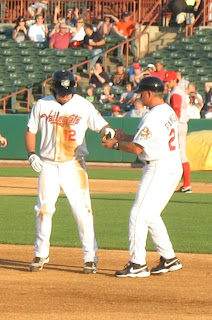 One more year at Pawtucket and Pankovits was sent back to AA, but not as a player, as a manager. Pankovits managed New Britain in 1993 and 1994.

The opportunity came about a decade after his first coaching offer. Pankovits recalled the offer came as he toiled at AAA and before he'd made the majors. He'd felt, rightly, that he still had gas in the tank. Also, "I wasn't ready to quit." He also enjoyed being a player.

But his move from AAA as a player to AA as a manager, Pankovits recalled was "quite a transition."

"I learned a lot about the game and managing," Pankovits said. "If it had come real easy, I don't know if I'd have learned so much so quick. But I was certainly thrown in the fire."

He returned to the Astros system in 1995, as manager for single-A Quad City in the Midwest League. A few more years managing and Pankovits moved to working as a minor league coordinator.

It wasn't until 2006, that Pankovits returned to the manager's office, with the Astros' Salem, Va., franchise. It was a move done at Pankovits' own request.

The former player missed the competition, missed having his own teams and developing players over a full season.

"There are pluses and minuses to both positions," Pankovits said of being a coordinator and a manager, "but I really missed being able to compete and trying to win games - it's the closest thing you can do to being a player." 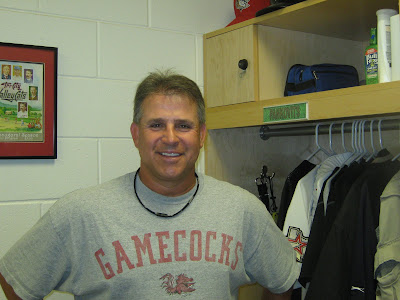 Pankovits in his Bruno Stadium office
Posted by Steve78 at 8:00 PM