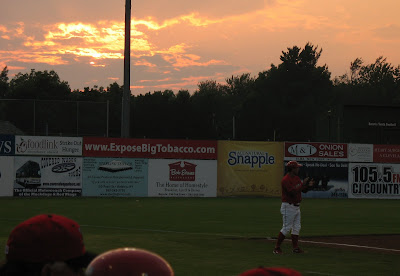 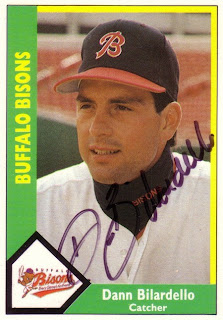 BATAVIA, NY - It was a time Dann Bilardello said recently, where he wasn't sure he could continue.

"You just don't know," Bilardello told The Greatest 21 Days recently of his time away from the majors. "There were times in that two years, two and a half years, where I felt like hanging 'em up. So you go through periods like that, but you just try to keep battling."

Bilardello kept battling. The results not only were call-ups in four more major league seasons and appearances in 84 more major league games, but he also got a close-up look at a manager he tries to emulate today as the manager of the short-season Batavia Muckdogs.

Bilardello spoke with The Greatest 21 Days in his Dwyer Stadium office, hours before his Muckdogs took the field against the State College Spikes June 26.

Bilardello appears in the 1990 CMC set as a member of the Pirates' AAA team, the Buffalo Bisons. He is one of two members of this year's Muckdogs staff in the set. The other is hitting coach Roger LaFrancois. LaFrancois also spoke with The Greatest 21 Days, his article is to come.

Upon Bilardello's return to the majors, with the Pirates, Jim Leyland was his manager. It was a great situation, Bilardello recalled, and Leyland was an outstanding manager. 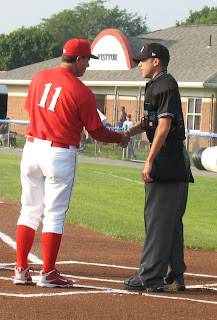 "He treated me like I was not the 25th guy on the club," Bilardello said. "I learned a lot from Jim, how he managed, by watching how he did things and how he related to players. I think there's some things that he does that I try to emulate when I manage."

Bilardello returned to managing this year after three years as minor league catching coordinator for the Cardinals. He previously managed three years with the Dodgers at rookie-level and single-A and with the Red Sox at high-A Wilmington.

It's at the lower-levels that Bilardello said managers often find themselves just teaching the players how to be professional.

"The lower levels are so important to set a good foundation for the kids," Bilardello said, "teaching them the right things, the dos and don'ts. Really, just showing up on time and being ready to play every day - if we can get that out of them, at these levels, along with the fundamentals, you're ahead of the game."

Bilardello is continuing in baseball after 16 seasons as a player in pro ball. He was drafted in the first round of the 1978 draft by the Dodgers, got his first call-up in 1983 with the Reds and didn't bow out until 1994, playing for the independent Northern League's Winnipeg Goldeyes. 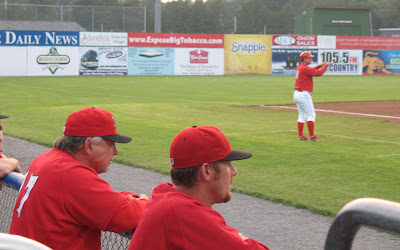 LaFrancois and another Muckdog in the dugout, as Bilardello coaches at third

He hit his first major league home run off of Tom Seaver in 1983, something LaFrancois, working at his nearby desk overheard Bilardello being asked about.

"Tom Seaver, huh? Wow," LaFrancois commented. Bilardello joked back with a laugh, "yeah, I owned him."

It was after his first home run, against the future Hall of Famer Seaver, that Bilardello told reporters he had to make sure not to stand and watch it. He didn't want to show Seaver up. 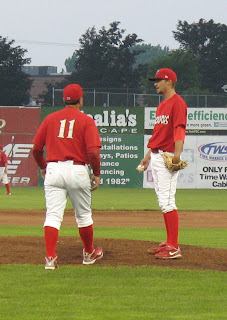 In his Batavia office, Bilardello said that is important. It wasn't that Seaver was a Hall of Famer. You don't show up anybody.

"You respect the game, you respect the players, you always respect your opponents," Bilardello said. "That's how you're supposed to play the game."

Players can also have fun. That's what the rookie Bilardello did in June 1983, sitting down to write a letter to Cardinals manager and newest Hall of Famer Whitey Herzog.

Bilardello fouled off 13 balls in the same at bat, before grounding out to third. He wrote, asking Herzog not to send him a bill for the baseballs. He was a rookie and he didn't make that much money.

Bilardello laughed remembering the letter. Herzog, he recalled, wrote back telling him not to worry about it.

"He is and was a great manager and at that time, I was just a rookie and having fun," Bilardello said, adding later, "It was one of those things, you've got to have fun in this game, enjoy the moment and, like I said, have some fun." 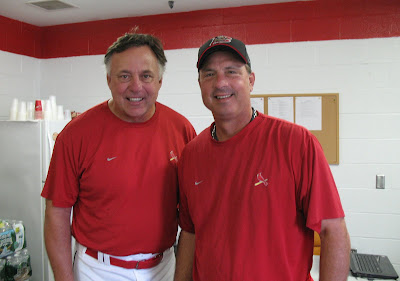 LaFrancois and Bilardello in their Dwyer Stadium office
Posted by Steve78 at 8:00 PM