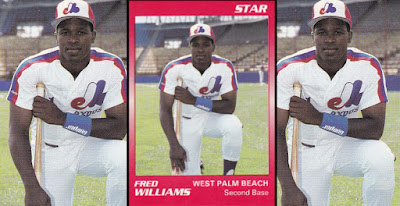 Fred Williams had a bad road trip for AA El Paso in May 1988, The El Paso Times wrote.

But a chance to play every day helped his hitting come around, Williams told The Times then.

"Since coming home I've really started to get back to the basics and now I'm swinging the bat pretty well," Williams told The Times.

Williams used those basics to see two more seasons. He played in nine in all. He topped out at AA.

Williams' career began in 1982, taken by the Brewers in the 18th round of the draft out of the College of Lake County in Illinois.

Williams started with the Brewers at rookie Pikeville. He saw six games that year and then returned for 9 more at rookie Paintsville in 1983. He hit .266, with four home runs. 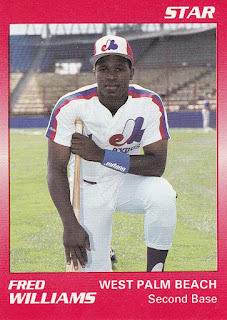