Originally published July 16, 2016
A career minor leaguer, Fred Costello signed with the Giants for 1994. Not only did the move take him to his hometown organization, it also, he hoped, might help him accomplish something else, according to The Tucson Citizen.

Costello has since, however, gone on to a career not as a coach, but as a scout. By 2003, he'd signed on as a scout with the Diamondbacks. He moved to the Nationals in 2010 as an area scout. For 2014, the Nationals named him national crosschecker. 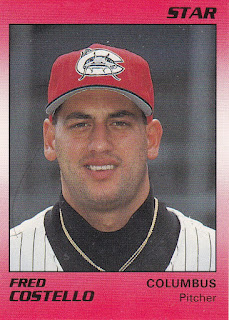