Rafael Chaves cried when he made bigs as coach; Spent 12 seasons as player, made AA 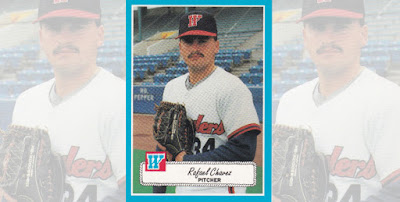 After two decades in the game spent as a minor league player and coach, Rafael Chaves initially thought he didn't get the job, the major league pitching coach position with the Mariners, for 2006, he told The Everett Herald that February.

Then he got the call that he had, in fact, gotten the job: He was going to the major leagues as a coach, The Herald wrote.

"I never cried harder than I did that day," Chaves told The Herald.

Chaves' career in baseball began in 1986, signed by the Padres out of his native Puerto Rico. Chaves was sometimes credited incorrectly as Rafael Chavez.

Chaves started with the Padres at single-A Charleston. He played his first two seasons there. He ended with a 3.33 ERA his first year there and a 2.99 mark in his second.

He made single-A Riverside in 1988, where he saved 19 games, and then AA Wichita in 1989. He stayed at Wichita over three seasons. He got into 38 games his third season there and ended with a 5.20 ERA.

"You see those 34 saves, you think of a guy who really throws hard," Bowie pitching coach John O'Donoghue told The Baltimore Sun of Chaves that July. "That's not Rafael. But I can tell you we haven't been disappointed (in Chaves' moderate philosophy) because of the command he has. This man can pitch."

Chaves saw 45 outings that year and saved 20. He moved to the Marlins organization for 1994, then the Pirates for 1995. He continued with the Pirates through 1997, when he last played at AA Carolina.

He then started his coaching career in 1998 with the Mariners in the rookie Arizona League. He then coached at short-season Everett in 1999 and single-A Wisconsin in 2000. At Wisconsin, Chaves explained to The Appleton Post-Crescent the object of coaching in the minors, to develop and to teach.

"This is where you learn," Chaves told The Post-Crescent. "It's like kindergarten. You go to school and, eventually, you become a doctor. Right now, these kids are in elementary school. They're just learning."

Chaves coached at AA San Antonio in 2002, AAA Tacoma in 2004 and them made Seattle for 2006. He stayed in the majors over two seasons. In 2019, Chaves served as director of pitching development for the Phillies. 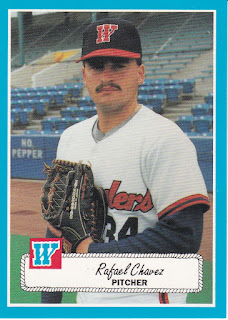