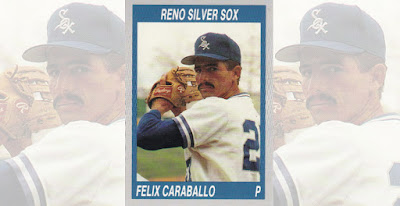 Dominican Felix Caraballo presumably loved his original job as a baseball player. He also loved the job he picked up after his playing career concluded, according to Madison, Wisc.'s Channel 3000.

Caraballo, who played briefly in Madison in 1988, eventually settled there and took a job with the local public works department, first in street repair, then in street sweeping, Channel 3000 reported.

Caraballo arrived at that job and in Madison after a baseball career where he saw time in three seasons and topped out at high-A.

Caraballo's baseball career began in 1987, signed by the Athletics as a free agent out of his native Dominican Republic.

Caraballo started with the Athletics at single-A Modesto and short-season Medford. He went 3-2 between them, with a 2.23 ERA and two saves in 20 outings.

He started 1988 at single-A Madison and began the year as a starter. Madison manager Jim Nettles assessed his rotation, which included Caraballo, to The Wisconsin State Journal at the start of the year.

"We don't have a bunch of hard throwers, but they seem to throw strikes," Nettles told The Journal.

Caraballo's stay at Madison, however, proved brief. He saw seven outings, six starts, and had a 7.57 ERA. He did go seven innings in one April win without giving up a run.

He played the rest of the year at Modesto and in the rookie Arizona League. He went 3-5 overall at the three stops, with a 5.24 ERA.

Caraballo isn't credited as playing in 1989. He then returned for 1990, still with the Athletics but assigned to high-A Reno. He saw 17 outings there, four starts and ended with two wins and a 9.68 ERA before the team released him that May.

Soon, he was back in Madison, where he'd started 1988. He also helped some of the Madison players.

"I see Felix here all the time," Madison manager Gary Jones told The Capital Times in August 1991 in an article about Dominican players for Madison. "From the time we first got into town, he has always been available to help the players."

He then caught on with the City of Madison. In April 2008, The Journal spoke to Caraballo and coworkers as he worked to clear a parking lot of piled up snow after a particularly snowy winter. "We're going to see June with snow in here, Caraballo told The Journal then. 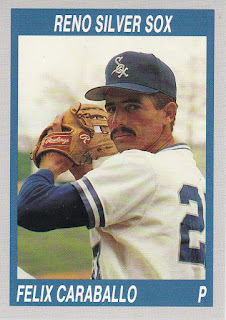