Steve Loubier got his foot in the pro door; Stayed five seasons, made AA 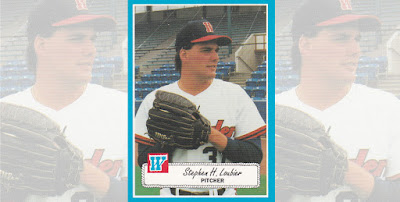 Steve Loubier signed with the Padres out of the University of Maine in 1987 and he was just happy to be on his way to the pros, he told The Bangor Daily News.

"This is all I wanted, a chance to get my foot in the door," Loubier told The Daily News.

Loubier's career began that year in 1987, taken by the Padres in the 19th round of the draft out of Maine. He was also credited by his full name, Stephen H. Loubier.

At Maine in March 1987, Loubier threw a complete game three-hitter, though his coach almost took him out in the eighth after two walks, The Daily News wrote.

"I told him that I still felt good and (catcher) Colin (Ryan) said I still had my good stuff," Loubier told The Daily News.

With the Padres, Loubier started at single-A Reno. He went 2-2, with a 4.15 ERA over four starts. His season ended on a dislocation of his shoulder as he tripped chasing a batting practice fly ball.

He went 1-4 over 15 outings, three starts at Wichita in 1990, with a 6.68 ERA. He then moved to the Angels and high-A Palm Springs. He got into nine more games, starting one, down the stretch.

Loubier returned to Palm Springs for 1991. After an August start, Loubier spoke to The Desert Sun about turning reliver the previous year. He preferred starting.

"Last year was the first year I've ever been in the bullpen and it was really hard," Loubier told The Sun. "Coming to the ballpark expecting to pitch and then not getting into the game, I'd get depressed." 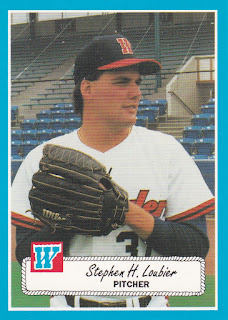